Connect with us
Forums
Have your say Canad...
Real World Experien...
The Price of Weed B...

Thank you for this forum. As I look back on my time in the 1970s, it was definitely a wild era.

As I worked (my family owned two business, so I went to work early, but went to work five days a week and went to school when my father was laid up in the hospital after being in a car accident with a two truck), I turned some of the money I earned to help my parents out, but I still had enough money remaining to sell weed.

It was a much different time. Whereas today you measure your weed out on a scale, back in 1974, if you were a serious smoker yourself (which I was), you had to get an ounce at a time. My weed of choice between 1974 (age 14) and 1975 was usually Panama Red or Acapulco Gold. The way you measure your weed back then was simple, an ounce was four fingers. The price for Acapulco or Panama was an insane $20 an ounce. I kid you not. I bought my first pound in 1975. The cost $180.

Now I know they say weed is 7 times stronger now than it was in the 70s. True story: in 1988, I returned for a visit to my parents' home and during the visit my mother reminded me that my entire album collection was still in their attic with my old record player. I went up there and found the collection. As I looked through the albums, I picked up my 1976 Bob Seger double album Live Bullet. Opening up the double album, as I pulled one of the records out, I noticed a baggie. I actually had left behind an ounce of Acapulco Gold from 1977 in the album! There is no buzz I can compare that 11-year-old bag of weed to. It kicked my ass over the next week! I shared some with friends (as all tokers do) and they wanted more. As if anyone could put away a bag for over a decade!

PS just to let you know how great the 70s were, most concerts I went to were under $8. In 1977, when I saw Led Zeppelin at the Pontiac Silverdome (about an hour from Detroit), the cost was an unheard of price of $10.50 (including the service charge). 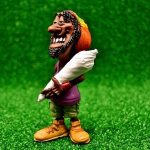 I usually paid around $20 a ounce in the 1970;s and that was everything Columbian Mexican, wherever it came from The only thing I ever paid more for back them was Hawaiian it always cost more and was a treat usually at xmas. Of coarse those prices rose dramatically in the early 80,s when we started to see Sensimilla come into the area Also during that time we saw other weed like Lambs breath but that wasn't even close to what was charged for the sensi  Hash was always around $10 sometimes a bit more per gram and oil was cheap too I especially like the red and honey oil I got back then  Tasted really nice and was dirt cheap if you bought it in bulk. The quality of the buzz back then was great but what wasn't great was the seeds stems and  leaves that were in the bag  The quality of the buzz was always good back then but the amount of seeds stem and leaves varied a lot from ounce to ounce If you had good connections of coarse that didn't matter nearly as much

Thanks for the update on the 80s. Once I got married in 1980, It became time to say goodbye to the life. I always wondered about the 80s, but discovered why have one bad marriage when you can have two. Third time's a charm.

I loved the 70s, a whole different era with acid and mescaline at $3 per or 100 for $160. Wish I remembered the price of Thai stick, not sure about the price, but it was damn good. 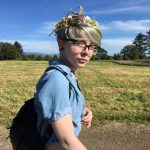 I've heard that weed back then came in bricks and was a whole 'nother ball game. With seeds, stems, weak highs, and just not the same at all as it is now. I imagine its like shake (the stuff at the bottoms of baggies), but shake that is so tightly packed into a brick shape that it looks like actual weed, hahah. Whereas now, you get either an airy container or a jar of big beautiful buds that range in size. Some strains have little baby buds and some strains have mini Christmas trees with coils of intertwining nugs. Sure I used to say, oh life in the 70s would have been amazing! All of the things I've read, heard, seen in movies, the show "That 70s Show," it literally sounds like the most perfect time to be a hippie. It's hilarious imagining that all this time ... I'm smoking better weed than them! Hahah, I love your stories so much. You should send them to Netflix, I'm sure they make a show out of it!

The strange part in the 70s was the fact that the group I hung with were much more envious of those who grew up in the 60s. Most of the weed I bought was mostly bud. Yeah, we paid a bit more but it was worth it. I think the one experience you would have definitely enjoyed was partying throughout the night as we waited in line for tickets to a concert to go on sale in the morning. The best experience I ever had waiting for tickets was waiting overnight to get Zeppelin tickets for their Pontiac Silverdome show in 1977. As my best friend and I were leaving with the 4 tickets we had, one look at the number of people in line. it was apparent a lot of kids weren't going to get tickets. We met two young ladies who had actually driven their van (with California plates) to get tickets. (We were naive, not knowing groupies drove across the USA to see the band). They invited the two of us to go back to their van to smoke some weed and "negotiate" the sale of two of the tickets. For a 17-year-old, there was no hesitation with dreams of "Dear Penthouse" running through my brain. We had a great afternoon together and, since the tickets were together, enjoyed Zeppelin together. And this was when you could toke in the crowd. The funniest part was my friend got so stoned he passed out before the concert even started. All security did was make certain he was still breathing. He woke up shortly after the show and immediately began yelling for Zeppelin. I told him not to mix acid with weed. Bummer was him dying of leukemia in 1979 at 19. Left me his record collection which I still have.

That sounds like such a beautiful night! All of your stories are amazing, hahah. I can completely imagine having a great time standing in line with a couple of friends being a great time! Especially if you can smoke and make it a real party. The part about the girls was hilarious!! I can't think of anything better than a night like that with your boy, meeting cute girls and having just a grand ol' time at a concert! What a blast. I'm really sorry to hear that he passed at such a young age. But to think he's a 19 yo somewhere right now partying still, I'm sure he's having a great time still 🙂

I watched a show called 'FOREVER' on Amazon Prime a few weeks ago and it was very beautifully done. A large premise was death, but more the afterlife. There was a character of a kid that had passed in the 70s and he was a partying bitter old man of a teenager, haha. It was really quite a beautifully written show I think you'd like it! Matt Hubbard wrote it, who worked on Parks and Rec and 30 Rock, and then it has Maya Rudolph and Fred Armisen as the lead characters. Basically an ideal marriage of dark comedy and light comedy. But as I say with everything in life, never watch the trailer! Hahah 😊

I will say weed costs a lot more today   but its  still iffy at times on quality It  depends on just like the older days  on the grower   and   the seeds or clones lineage.   The thing that's nice is your now not paying for leaves stalk  seeds and possibly some male  parts in your bag too and the variety is  much much more then I ever had as a teenager  too 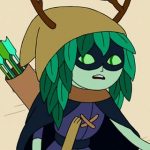 As someone who has only smoked for less than a decade, I have been consistently exposed to $10/gram prices, then $30/eighth, $55/quarter, $100/half, $200/ounce. Of course, as I've grown older I have been buying in larger quantities because it helps ease my wallet. And then the weed has just been getting better and better in quality as people have learned more about the plant.

The70s, I can't believe you were able to see Led Zepplin, I envy you! You should really write out a collection of all of your stories! I'm sure that would make quite the pretty profit