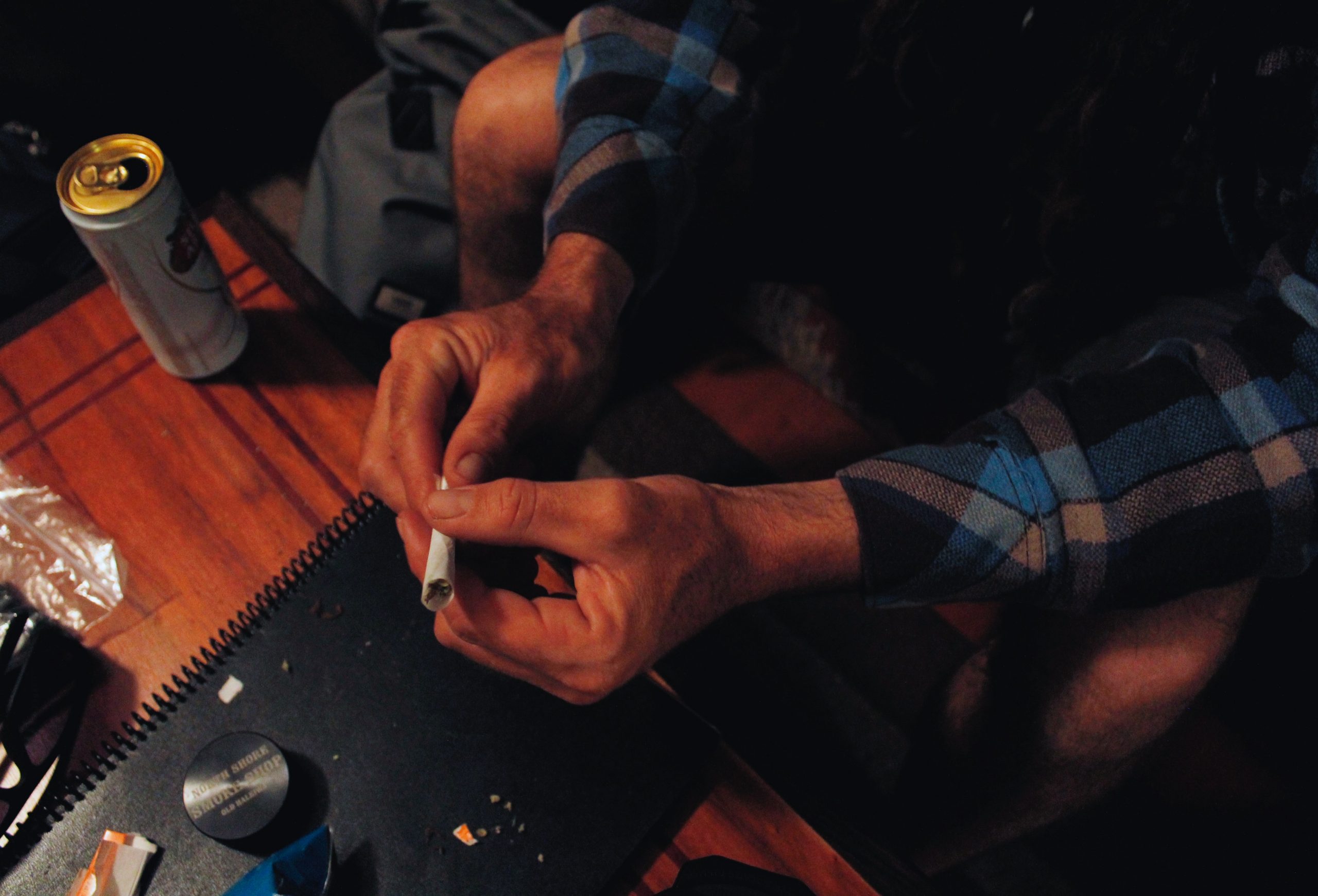 Hash is probably the most effective product for those who want to chill after a difficult day.  Hash is versatile and you can smoke, eat, or even add some of it to tea or coffee and drink it.

But hash hits you differently, depending on the product. Some products give you a strong buzz, while others will knock you off faster than Mike Tyson in his glory days.

So let’s take a look at the top 10 hash products in Canada.

1. BC Bubble Hash by Canna Farms

BC Bubble Hash was one of the first products that hit the market after Cannabis 2.0 came into effect. The hash is like an extremely fine powder that has a dry consistency.

Consistency wise, the hash doesn’t really clump when lightly pressed between parchment, which means you’ll have to be careful when handling it because you risk losing it otherwise.

BC Bubble has a light earthy aroma with hints of wood and spice followed by a bit of lemon aftertaste. The smoke is rich and smooth with a citrus-nutty finish.

As far as its effect goes, this hash is about 45% THC so it can pack a serious punch. However, the hash is not powerful enough to send you tripping to the moon as soon as you take a hit, so medical patients looking for a powerful dose can use it without too many problems.

Habibi Moroccan is a premium-grade hash that takes your smoking experience to a whole other level. The hash has a potency of 34% THC, and it’s very aromatic.

This hash has a nice and malleable consistency. You can easily work it into rolls, balls, or whatever you want. The product has a strong flavour that reminds of spicy curry. Its taste is not too strong and has a spicy aftertaste.

The smoke is smooth and it won’t bother your throat. As far as the effects go, the Habibi Moroccan produces a relaxing full-body high that doesn’t knock you out. 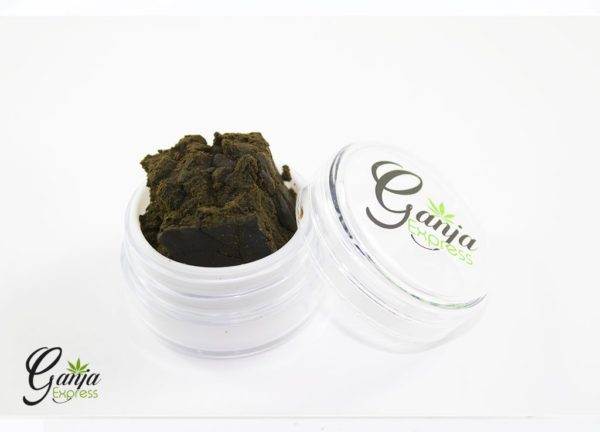 Black Hash is an Afghan-like product that has a THC concentration of 28%. The hash has a rich woody scent and a wonderful chocolatey taste. The hash has a nice consistency. It breaks up easily and stays together as you roll it.

This is a mild hash that doesn’t hit strong, so you can consume it over a long smoking session. However, some users might say that the hash is a little harsh on the back of their throats.

The high it produces is mellow and relaxing, but without making you pass out on the couch. You can still be active even when you’re buzzed. You get a full body buzz that doesn’t affect your head too much. 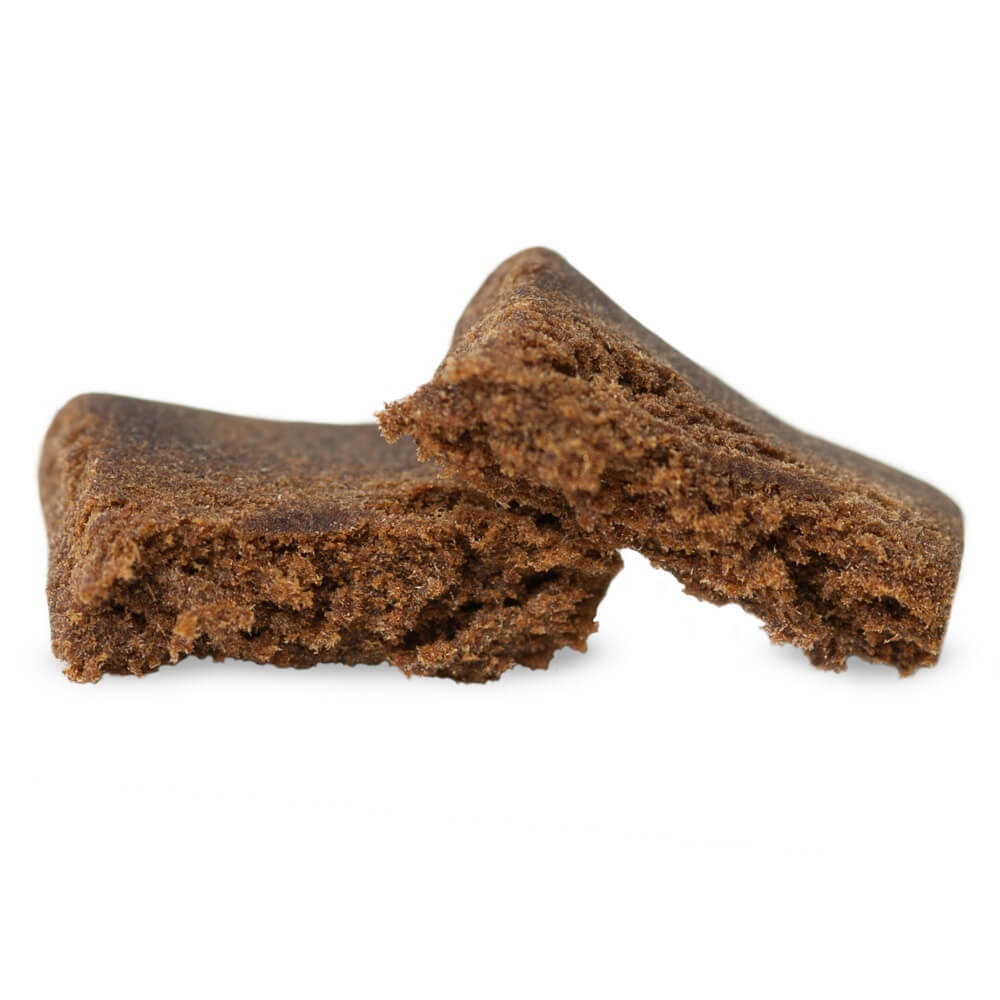 OS Hybrid is a hash product that has a very soft and malleable consistency. According to the producer, 2 grams of OS Hybrid is the equivalent of 8 grams of dried flower, so consume it responsibly.

The product is packed in a resealable, odor-proof pouch, which should be able to keep it fresh for a long time. As far as taste goes, this product’s taste is similar to that of Moroccan or Lebanese hash. The hash has an earthy taste with a peppery hint and a chocolatey aftertaste.

This is not a very powerful hash. It has a THC concentration of 30 – 39%, so it will give you a strong buzz but it won’t knock you off your feet if you consume it responsibly. The high it gives is not overwhelming but it can get you couch-locked, so you might want to consume it late in the day.

Chocolope Strain Hash is a top-shelf product that’s a great option for cannabis connoisseurs and novices alike. This hash is made out of cannabis flower that has been cured for 8 weeks, so it has an ultra-fine quality.

This product has a rich aroma and a powerful smell. If you enjoy chocolate, you’ll love the hash’s strong chocolatey flavour. The smoke is smooth and not chocking, but it has a nice kick to it.

With a THC concentration of at least 43%, the Chocolope Strain can send you tripping in as little as one or two hits, so be careful when consuming it. The high is a relaxing full-body one, and some people might get couch-locked.

Ganja Express’ Blueberry Hash is a great choice for cannabis users who enjoy the taste of… blueberries, obviously.

You can tell this is a great product as soon as you open the package. The smell of blueberries is rich and it will make your mouth water. The product’s consistency is nice – you can break it down without any problems and it will clump together when you roll it.

The taste is rich and flavourful, with a strong blueberry aroma. The smoke is smooth and not too harsh on the throat, enabling you to use this hash in long smoking sessions.

As far as the high is concerned, this product produces a relaxing and happy body high that can make you happy in an instant.

The Gold Seal Afghan is a fragrant hash that’s made out of Indica flowers. This is a golden brown hash that has an elastic consistency and a strong aromatic smell. Flavour-wise, the hash has an earthy taste with spicy hints and a chocolatey aftertaste.

This product’s smoke is smooth and tasty, and it’s not too harsh on your throat. But the great thing about the Gold Seal Afghan is that it hits like a sack of cement falling from the fifth story.

The Gold Seal hits hard. But here’s the thing, it hits you 5 – 10 minutes after smoking it, so be careful when consuming it. The high is relaxing and spiritual, and some people might get couch-locked.

The Traditional Pressed Hashish is a relatively strong product that has a THC concentration of 40 – 50%. The hash has a semi-solid consistency and a rich smell. Once you break it down, you get earthy and flowery aromas.

As far as taste goes, this hash has an earthy taste with fruity and herbal hints, and a mild coniferous aftertaste. The high it produces is powerful and can lead to couch-lock. You should consume this product responsibly, as too many hits might see you tripping your mind off.

The high it produces is intense and lasts for a long time. You might experience munchies and some users might have sensorial highs that make them feel included in the grand scheme of the Universe. So be careful when and how you consume this product. 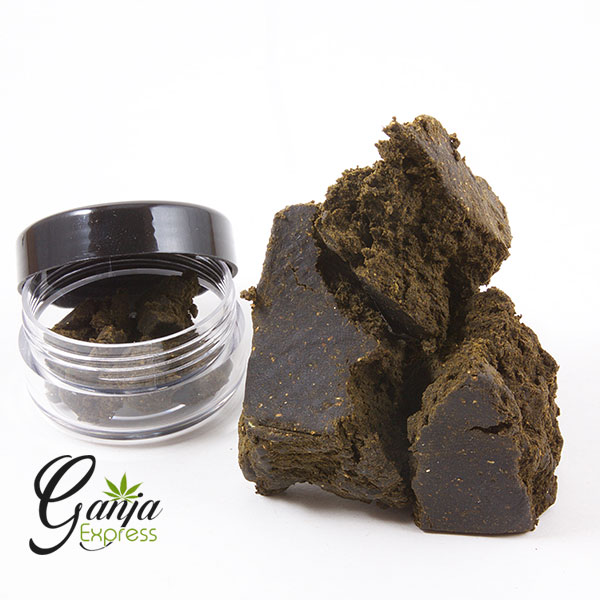 Ganja Express’ Afghan Hash is a premium product that delivers a traditional smoking experience. The hash has a rich, earthy smell. Consistency-wise, you can break down the product easily, and you’ll have no problems working it.

The Afghan’s taste is strong and its smoke is mild and pleasant. Most users will consider the smoke as smooth, but some might say that it hits too hard on the back of their throats, so you could say it has an average harshness.

This product is not strong enough to knock you out, but it will give you a decent full-body buzz. Most users report that the high is well worth the Afghan’s price, which is not too high for a product of this quality.

The Pink Afghan Hash is a top-shelf product that’s made out of some of the best flowers in Canada. This hash is made without solvents and unnatural residues, making it one of the purest forms of cannabis you can buy.

The hash is a little dry to the touch and it might crumble when you start working it. However, you can still roll it without any kind of problems. It has a rich earthy taste and produces a smooth smoke that doesn’t hit too hard on the throat.

As far as the high is concerned, the Pink Afghan is a creeper, so you shouldn’t consume too much of it at once. Some users might have to wait up to 10 – 15 minutes to notice any changes, but be aware that the Afghan can knock you off out of the blue if you abuse it.

This product is a great topper for your last-of-the-day bowl, or you can just use it on its own.