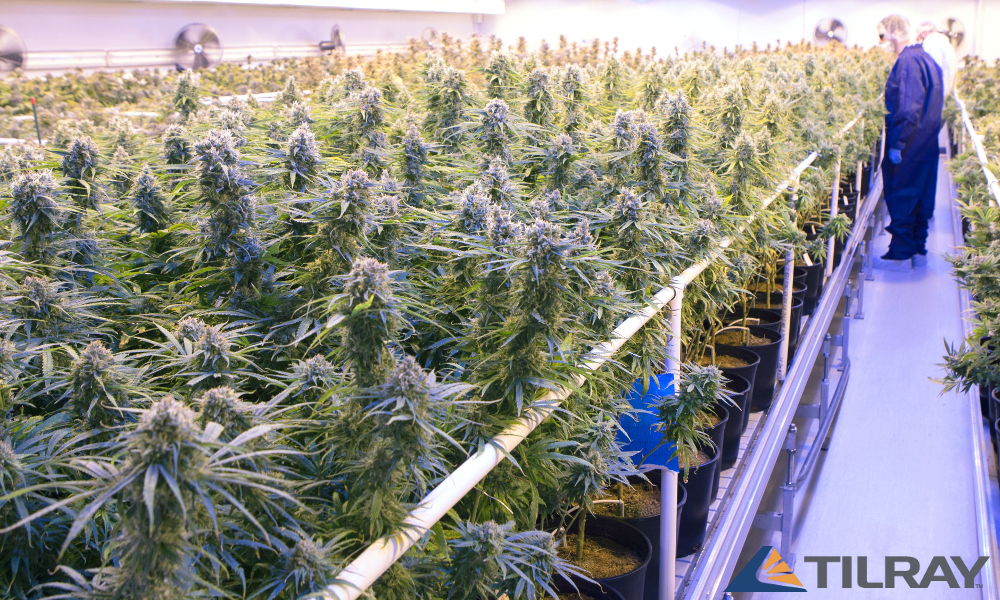 Nanaimo, B.C.-based cannabis firm Tilray more than doubled its revenue in 2018 as pot became legal in Canada, but had a net loss of $67.7 million as it expanded rapidly.

Tilray, which listed last year, said it sold 6,478 kilograms of cannabis in the year at an average selling price of $8.59 Cdn per gram.

Its revenue for the year was $56.4 million Cdn, a 110 per cent increase. Revenue continued increasing in the fourth quarter to $20.9 million, three times its revenue in the comparable period in 2017.

The company raised $153 million in its IPO last year and has been plowing that into a rapid expansion.

Tilray’s chief executive Brendan Kennedy said the company plans to focus the majority of its future investments on the U.S. and Europe, where the growth potential is highest, and will not purchase “overpriced supply assets” in Canada.

Kennedy said while Canada will continue to be an important market for Tilray, the opportunities south of the border and across the pond are “orders of magnitude larger.”

“We will not purchase or invest in what we believe to be overpriced supply assets in Canada, which we believe will erode in value in (the) medium- to long-term as the market normalizes. … We believe that the field of battle has changed and that the U.S. and Europe are going to be more important over the long-term,” he told analysts on a conference call on Monday.

Kennedy made these comments as Tilray reported its latest earnings for the quarter ended Dec. 31.

Tilray saw fourth quarter revenues surge by more than 200 per cent year-over year to $15.5 million US during the period. However, its net loss for the period also deepened to $31 million US or 33 US cents per share, compared to a net loss of $3 million or four cents per share a year earlier.

Analysts had estimated quarterly revenues of $14.15 million and a net loss of $10.43 million or 12 cents per share, according to those surveyed by Thomson Reuters Eikon.

Tilray said that the increased net loss for the quarter was primarily due to the increase in operating expenses due to growth initiatives, expansion of international teams and costs related to financings and merger and acquisition activities.

“We achieved this growth despite supply-chain constraints across Canada that have created pricing pressure for cannabis that meets our quality standards, forcing us to source from other suppliers,” Kennedy told analysts on a conference call.

Lack of supply in Canada

Since Canada legalized cannabis for adult use on Oct. 17, there have been product shortages which have, among other things, prompted some provincial government retailers to scale back on store hours or limit the number of stores.

Kennedy said during its earnings call in November it had been exploring buying wholesale to bridge the supply gap, but there was far less pot available and a lack of high quality supply on offer.

Tilray’s chief executive on Monday said he expected this situation to change in the coming months as more supply comes online.

“Over the next 18 months, we believe that we will be oversupply just as we have seen in certain U.S. states as operators in newly legal markets race and government regulators catch up to find an equilibrium between supply and demand.”

Last month, Tilray announced a deal to acquire Hemp Hearts-maker Manitoba Harvest for up to $419 million in cash and stock as the two companies look to launch CBD-infused products where permissible in the U.S. The recent resignation of the FDA commissioner is also going to help speed up the clarification of the agency’s stance on CBD, he added.

As well, he adds, “we are a lot closer to federal legalization in the U.S. than most people realize.”

Meanwhile, Tilray has recently expanded its partnership in Canada with pharmaceutical giant Sandoz globally, and expects to add another half dozen countries as export destinations in the wake of the European Parliament’s recent decision on medical cannabis.

Its research partnerships include one into the effects of cannabis on cognitive function with Lambert Initiative for Cannabinoid Therapeutics at the University of Sydney.

It is working with AB InBev to develop non-alcohol THC and CBD beverages and with Authentic Brands Group to market consumer cannabis in the U.S. and Canada.