Breaking Bad? Former employee details how to build an illegal Saskatoon pot shop worth hundreds of thousands in five months

The young man says he was running down the alley behind Second Avenue South with a jar of marijuana in each hand, sure the police were hot on his heels, when he decided to rethink his career choice.

He worked at the Saskatoon Cannabis Clinic, an illegal dispensary with no city business licence, no licence from the Saskatchewan Liquor and Gaming Authority to sell cannabis recreationally, and no recognition from Health Canada as a legitimate medical cannabis supplier.

The business had already been raided three times in the past three months, reopening each time in defiance of police and government.

On this particular freezing February day, a customer at the store told staff about a line of police cruisers parked on Second Avenue. They concluded raid No. 4 was about to happen.

The store employees, a motley collection of tattooed 20-somethings, were lined up at the back door, ready to run when given the word.

The frosted-glass front door opened, and he says that he saw a man dressed in black. Thinking it was the SWAT team, the young man yelled “go, go, go” and everyone bolted.

He took two jars of marijuana and stashed them in a snowbank.

“I’m not going down with nothing,”

Then he had a moment of clarity in the cold.

“This is ridiculous,” he said in an interview with CBC.

“I can’t even go to the mall without 10 people coming up to me asking what happened, so I essentially feel like a little small-time drug dealer. It’s not what I am, it’s not who I want to be.” 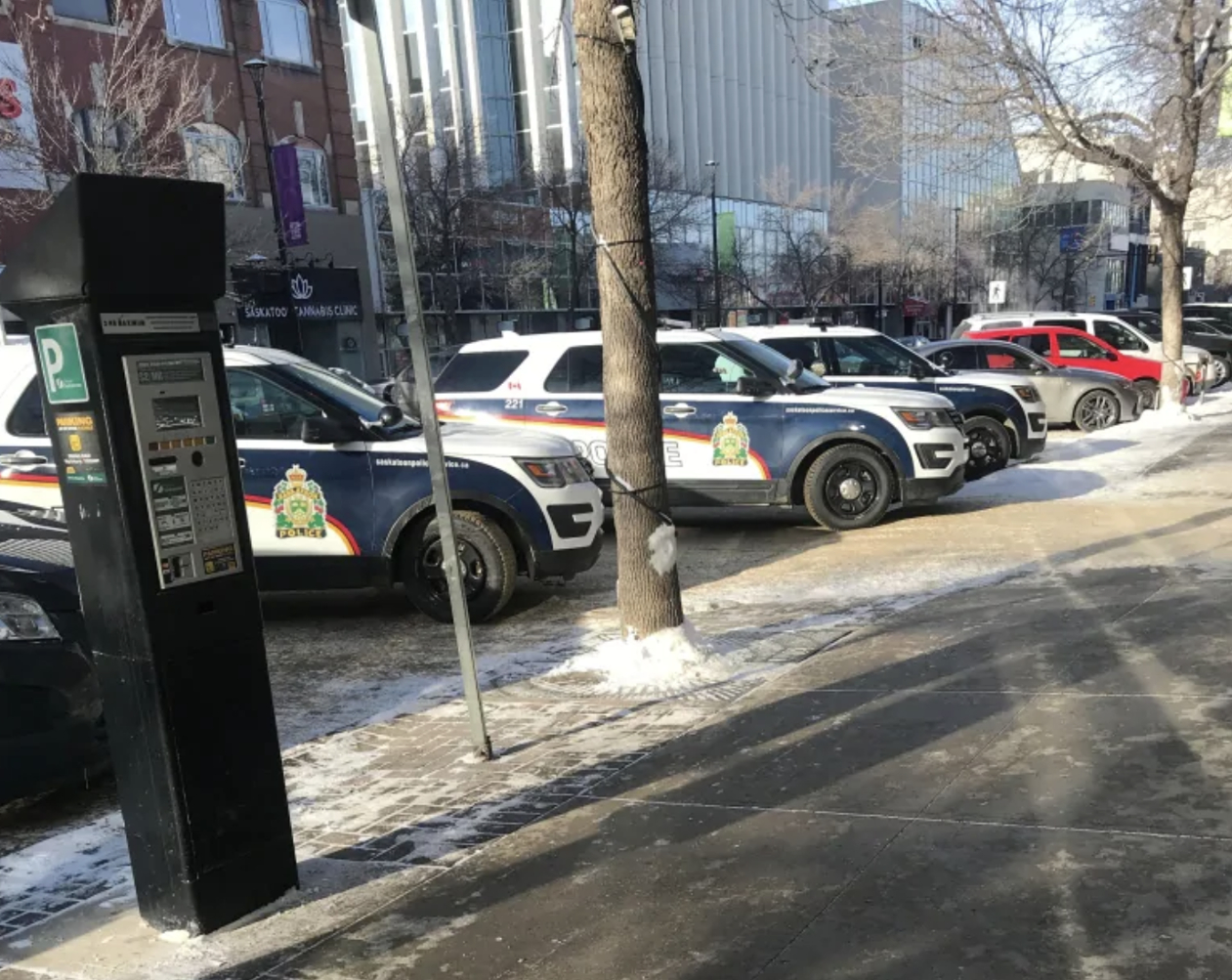 CBC agreed to protect the former employee’s identity, because he fears for his safety.

The man is many things, but he’s not a small time drug dealer.

The Saskatoon Cannabis Clinic is a big-time drug dealing operation. The employee handled the day-to-day cash accounting at the store and had access to operation’s encrypted website and its master list of 3,000 customers. He knows where the store got its drugs from and how they got to Saskatoon.

That the store continues to operate in broad daylight in the heart of downtown Saskatoon — vexing police, the city, the provincial government, Health Canada and licensed recreational pot dealers — speaks volumes about the state of cannabis laws in this country today.

It continues to bill itself as a medical dispensary that supplies cannabis products such as edibles to patients who could not otherwise access their medicine.

The most basic information about the dispensary, such as who owns it and who manages it, has been hidden behind a wall of silence since it opened in October 2018.

The business leases space on the main floor at 155 2nd Avenue S. The only publicly accessible records show that the building is owned by a Saskatoon company, C.O.T. Investments Ltd., a real estate holding company with prominent Saskatoon auto dealer Vaughn Wyant as president.

Wyant declined requests to be interviewed by CBC about his tenants and their run-ins with police.

The store’s ex-staffer is not so reticent.

Scales, forms and cannabis products were all the tools of the trade. (Submitted by former Saskatoon Cannabis Clinic employee)

The man is 32 years old and said he’s worked in the dispensary business for more than a decade, including three separate shops in Toronto.

He’s a self-described “new age hippie” who believes in the curative powers of CBD oil, extracted from cannabis plants. He said it has the medical benefits of cannabis without the THC that gives users the high.

“I’ve always been more interested in CBD, rather than THC,” he said.

“It helps with inflammation, it slows everything down for me. It’s a lifechanger.”

He came to Saskatoon and began frequenting the Saskatoon Cannabis Clinic. By October 2018 it was the only independent storefront dispensary left in the city.

He said he hit it off with the staff and was offered a job in early November. As with the dispensaries in Toronto, he had to start at the bottom as a “budtender,” weighing out marijuana for customers while another staffer handled the cash.

He wanted to engage customers and help people but said he was told from the start to keep his mouth shut.

“Just work. It was not about the care of the patient, it was about the money. In and out, we don’t care,” he said.

“We were absolutely not even allowed to say nothing. We weren’t allowed to mention the owner’s name in the store, between us, even if there wasn’t a patient in the store. We always assumed the police had bugged the place. The owner is a very paranoid man.”

He says that the store’s operation was deceptively simple, geared to shield the owner from the public and his own staff.

For instance, there was not the overt hierarchy a regular retail outlet would have.

“We never used the word supervisor or manager. The keyholder was the person in charge,” he said.

“There was a hierarchy, but largely kept secret from staff.”

In the event of a raid, the staff could then plausibly say they did not know who managed or owned the store. 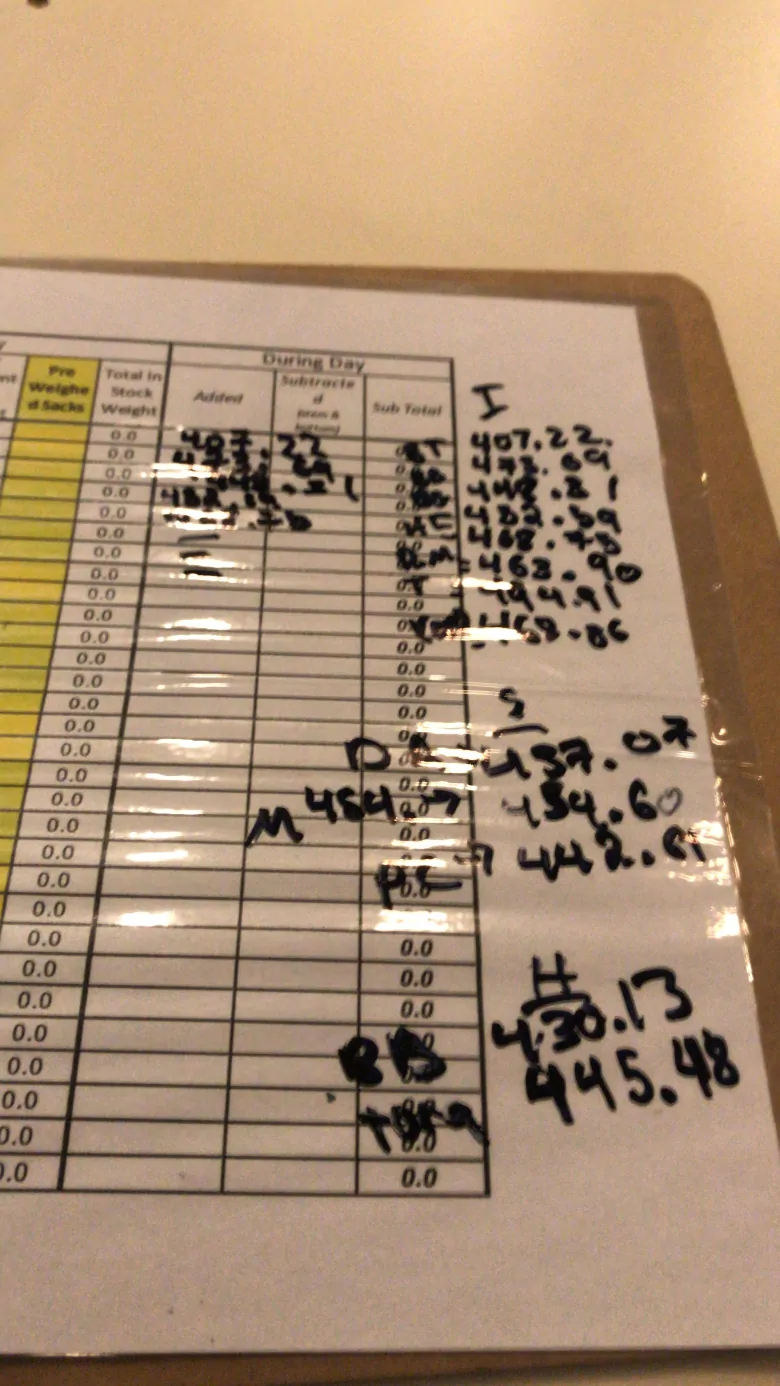 The dispensary would open each morning at 10 and staff would go through the store’s inventory. At any given time, it carried upwards of 10 separate strains of cannabis along with tinctures, distillates, shatter, jelly bombs, brownies, cookies and chocolate bars.

The weights and numbers would be compared with the closing numbers from the night before to ensure staff were not stealing, something the former employee said was an ongoing issue.

The numbers were written with a marker on a plastic sheet that covered a standard form. The sums would be photographed and then uploaded to an encrypted site. Then the sheet would be wiped clean, erasing any physical record in the store.

Similarly, he said there were no payroll records.

“Staff would get paid by the keyholder. He would essentially do a simple calculation, budtenders would get $16 an hour, the keyholder/supervisor gets $17 an hour,” he said.

“We were paid every day. Cash. Empty out the tills, each had $200 float. Count all the money, take all the pays out.”

The first police raid came on Dec. 21, 2018. The former employee said it caught the store off guard. It had all its inventory on the shelves, and it was all seized.

He said the store paid the fines. It took a week to restock and reopen. 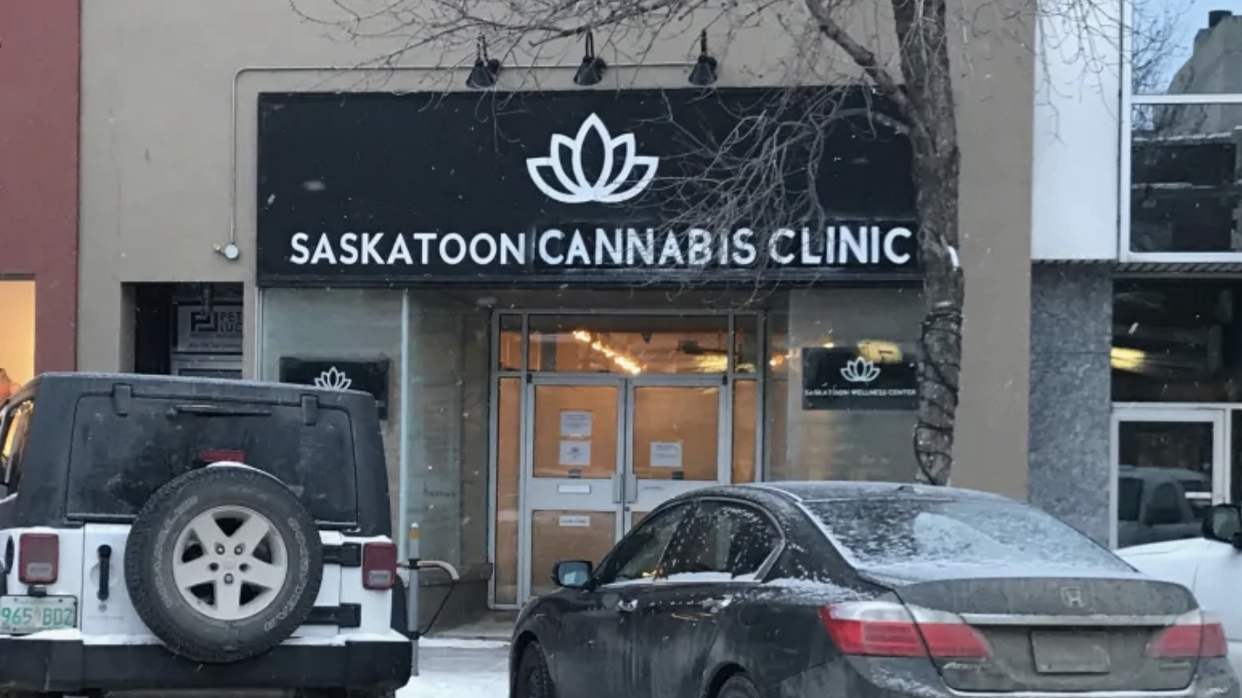 Multiple police raids did not close the dispensary. (Dan Zakreski/CBC)

“The second raid, we got smart to it and only kept half the product in store,” the former employee said. “When the raid happened, we opened three days later.”

He said the person working as the keyholder when he was hired had become paranoid and panicky after the second raid. This is when the man who spoke to CBC became the de facto manager and got an up-close look at the dispensary’s inner workings.

He was almost a decade older than everyone else and had worked in other dispensaries. He said that someone in the store had to be the grown-up.

“There was the everyday drama, you’re dealing with employees that are potheads. We had a medication station at the back and people would get high all day,” he said.

Saskatoon Police will not talk about its strategy for dealing with the dispensary, citing an active investigation as the reason behind the silence.

Police did file papers at provincial court to obtain a search warrant before their most recent raid of the Saskatoon Cannabis Clinic in Feb. 2019. The document provides an overview of the police investigation.

Vice officer Allison Braun wrote that police delivered a letter to staff at the Second Avenue store on Oct. 24, 2018, notifying them that selling cannabis without a permit is illegal and that, should they continue, “enforcement would occur.”

In the search warrant information, Braun lays out exactly what police believe is motivating staff at the clinic — “financial gains.”

The employee CBC Saskatoon spoke with said his last six weeks at the dispensary were tremendously discouraging. He said that after a third raid on Feb. 11, 2019, the owner decided to sell as much product as possible and dropped all pretense of vetting potential customers to ensure they had a legitimate medical reason for buying cannabis.

The former employee said the mix of medicinal to recreational users, at one time split 50/50, shifted dramatically.

“At this point the application process was non-existent. We were essentially just signing up anyone walking in the store,” he said. Ultimately, if you weren’t drunk and you were polite, you were able to get marijuana from us.”

He estimated that it sold thousands of dollars worth of flowered cannabis, edibles and various concentrates each day since opening in October 2018, all in cash.

City police will not discuss their ongoing investigation, but confirmed that the dispensary did not get raided a fourth time. What the man believed to be a raid that February afternoon proved to be a false alarm.

The Saskatoon Cannabis Clinic emptied its shelves and locked its doors that day.