Pax Labs CEO Bharat Vasan says that nothing in consumer packaged goods in the next 50 to 100 years will be bigger than marijuana. 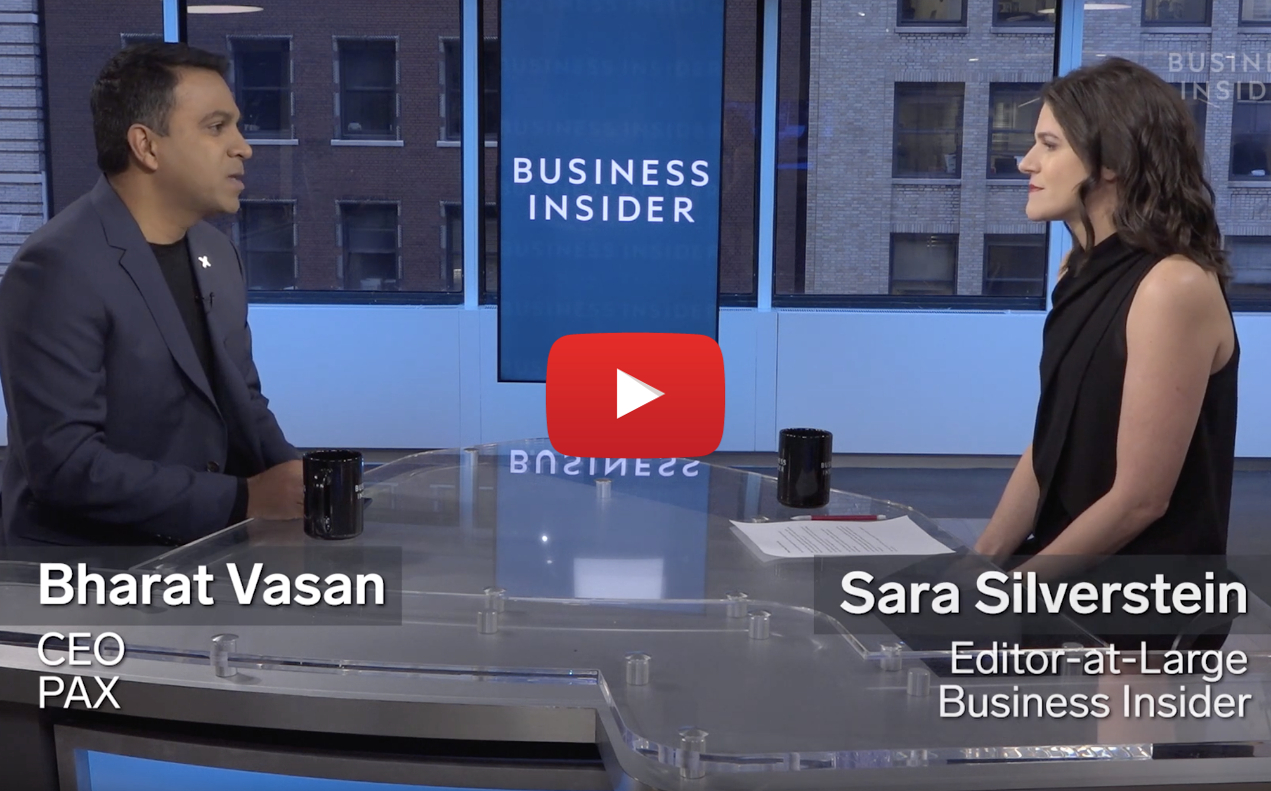 The Pax Era — which is used for cannabis oil — is the fastest growing part of the business. Vasan says it has a Keurig-type model. Pax produces the vape pens and the empty pods and its partners fill the pods with cannabis oil and distribute them.

Vasan says the company is currently raising its first price round since splitting from its sister company nicotine-vape firm Juul. Juul has since reached a $38 billion valuation based on an investment from Altria in the company in December of last year.

Pax has received equity financing from institutional investors such as Tiger Global and Tao Capital.