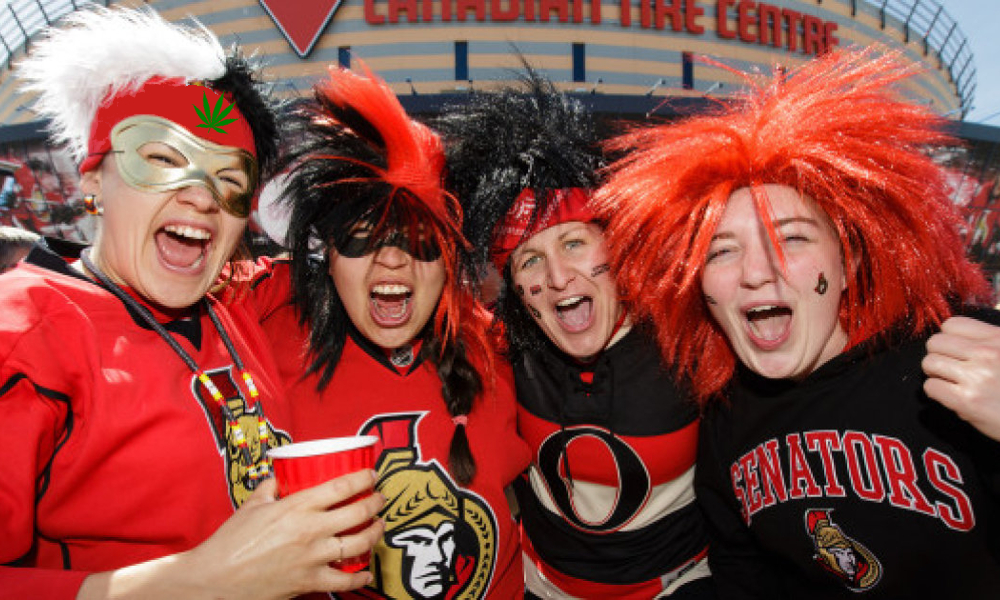 The bagel queen of Wellington Street West says she doesn’t know what it will be like to have one of Ottawa’s first legal cannabis shops open across the street, but she’s optimistic. 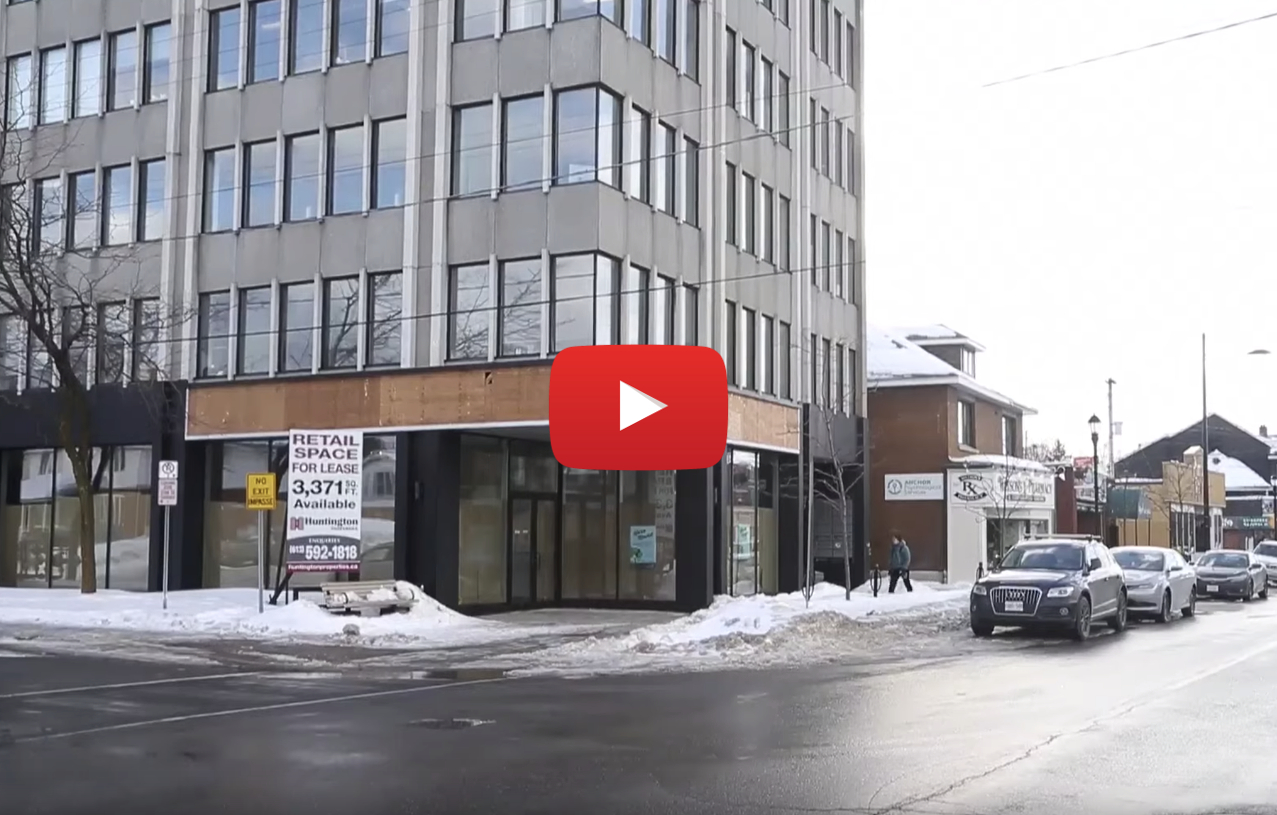 “I expect they will be good neighbours, and it will be a professionally run place,” said Liliana Piazza, owner and manager of Ottawa Bagelshop & Deli, the decades-old business once run by her father.

There was a buzz in Wellington West Village on Friday over news that a provincial pot-shop lottery winner hoped to open a shop called Superette on the ground floor of a five-story building at 1306 Wellington St. W. 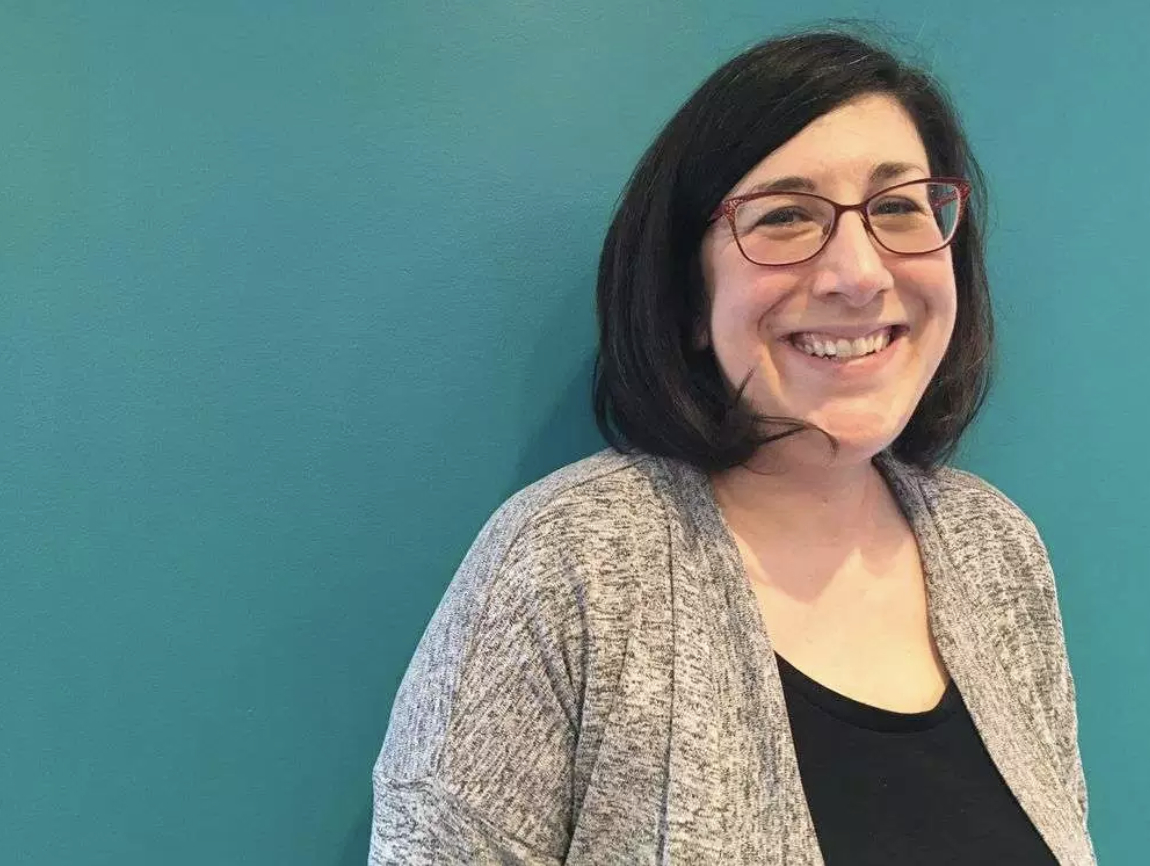 Liliana Piazza, who jokingly calls herself the bagel queen, says she’s open to the idea of a cannabis store in the neighbourhood. OTTwp

“It may bring a sort of cachet to our neighbourhood,” Piazza said.

“Besides,” she added with a laugh. “There is that stereotype that people get hungry (after smoking pot). And we have really good bagels!”

If it’s approved, Superette will be one of the first legal cannabis stores in Ottawa.

Residents and Ottawa’s municipal government have until Feb. 22 to comment on the location to the Alcohol and Gaming Commission of Ontario. The AGCO is responsible for licensing the privately-owned shops.

Initially there will be only 25 shops in the province, including five in eastern Ontario. The AGCO held a lottery to award the right to apply for the coveted licences. It’s not known yet where the remaining four stores will be in eastern Ontario, but lottery winners can chose Ottawa, Kingston, Peterborough, Belleville, Barrie or Kawartha Lakes.

The province wants the stores open by April 1.

Superette has the blessing of Jeff Leiper, the municipal councillor for the neighbourhood, the BIA for Wellington West and a smattering of business owners and employees interviewed by this newspaper on Friday.

They all hope that people who come to buy weed at the new store will stick around to shop and dine in restaurants in the village.

Most of the stores on Wellington West are locally owned, Piazza said. There’s a community feeling on the street, and she hopes Superette fits in.

“It’s kind of like the wild west,” she said of the prospect of a cannabis store nestled nearby the pharmacy, the pasta shop and the health food store.

“I don’t know what is going to happen. Will people light up right outside the store? I don’t think so. We have LCBOs, and nobody goes to the LCBO and opens up a mickey right outside.” 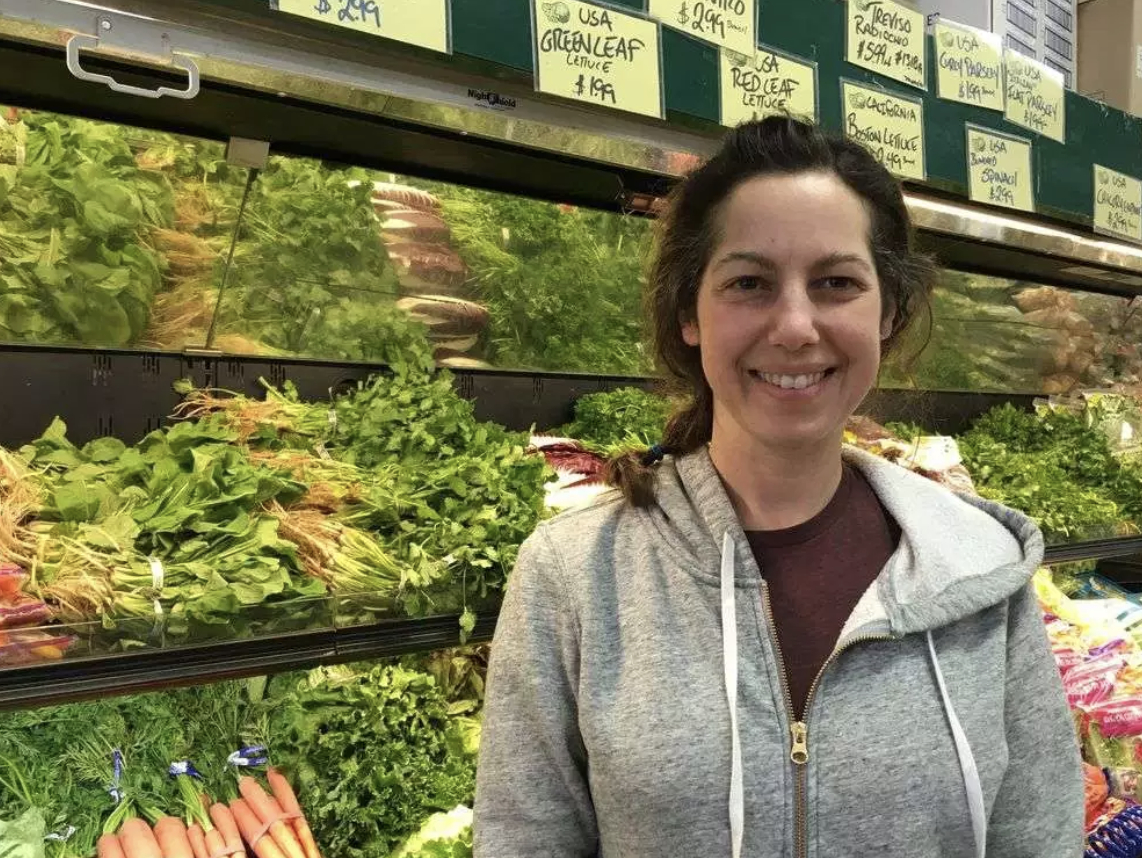 Ma’ayan Jones, who works at Herb & Spice Shop, says a cannabis shop will be a nice mix for the street. OTTwp

Ma’ayan Jones, who was working cash at the Herb & Spice Shop a few doors away, said a cannabis shop was “perfect” for the street. “We think it’s great!” said Jones, whose father owns the longstanding business.

The cannabis store will be government-regulated, safe and clean, she said, and add to the diversity of businesses. 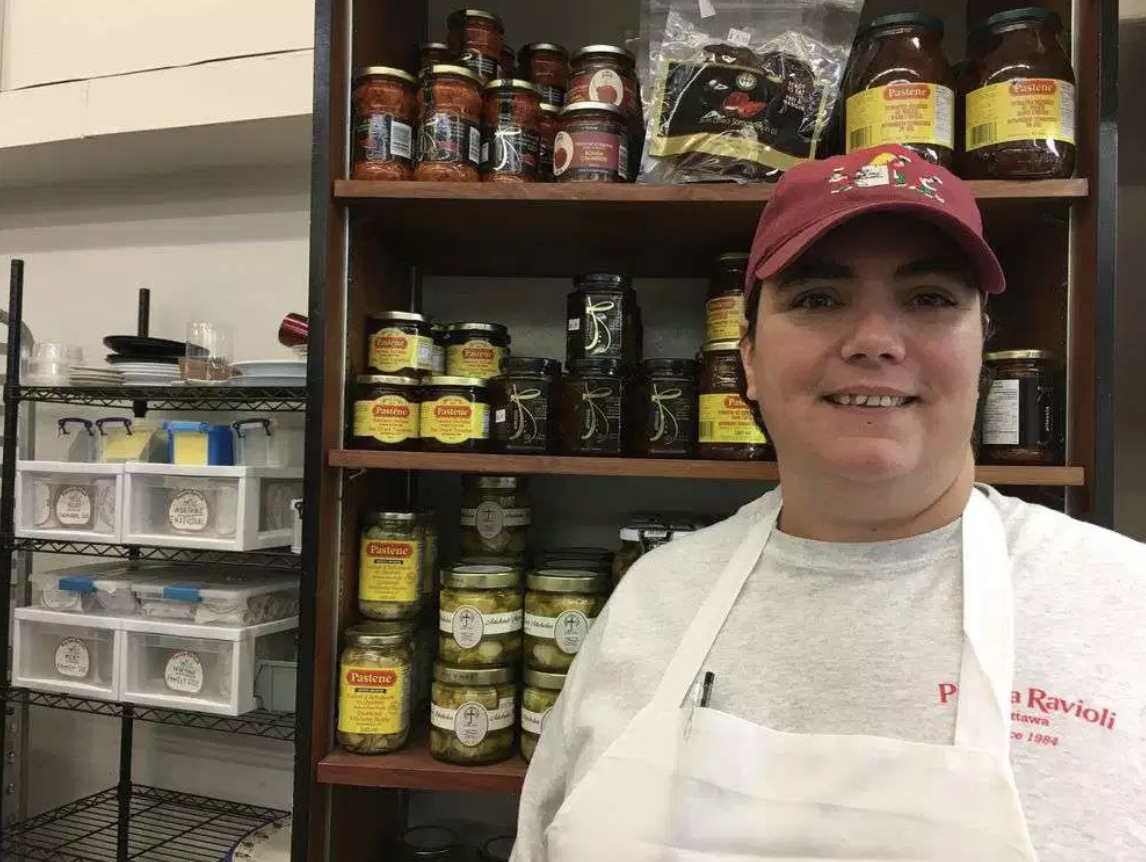 At Parma Ravioli, a few doors down, supervisor Kereen Wardle said legal stores would help end the idea that marijuana was something sold in back alleys. “It’s not going to be shady or an awkward situation to go in there.

“I personally believe in pot culture.”

The owner of Smokovana across the street was ecstatic. “It’s going to be a big bonus for the neighbourhood,” Joe Karam said.

His business sells e-cigarettes, tobacco and cannabis accessories like bongs and pipes. When an illegal marijuana dispensary opened next to his other Smokovana shop on Bank Street, Karam said, his business shot up by 30 per cent.

“It’s legal now, so it’s time to remove the stigma. It’s going to bring in business, bring in jobs, bring in traffic.”

Like others, though, Karam worries the shop will create more traffic in a neighbourhood where parking is already difficult. 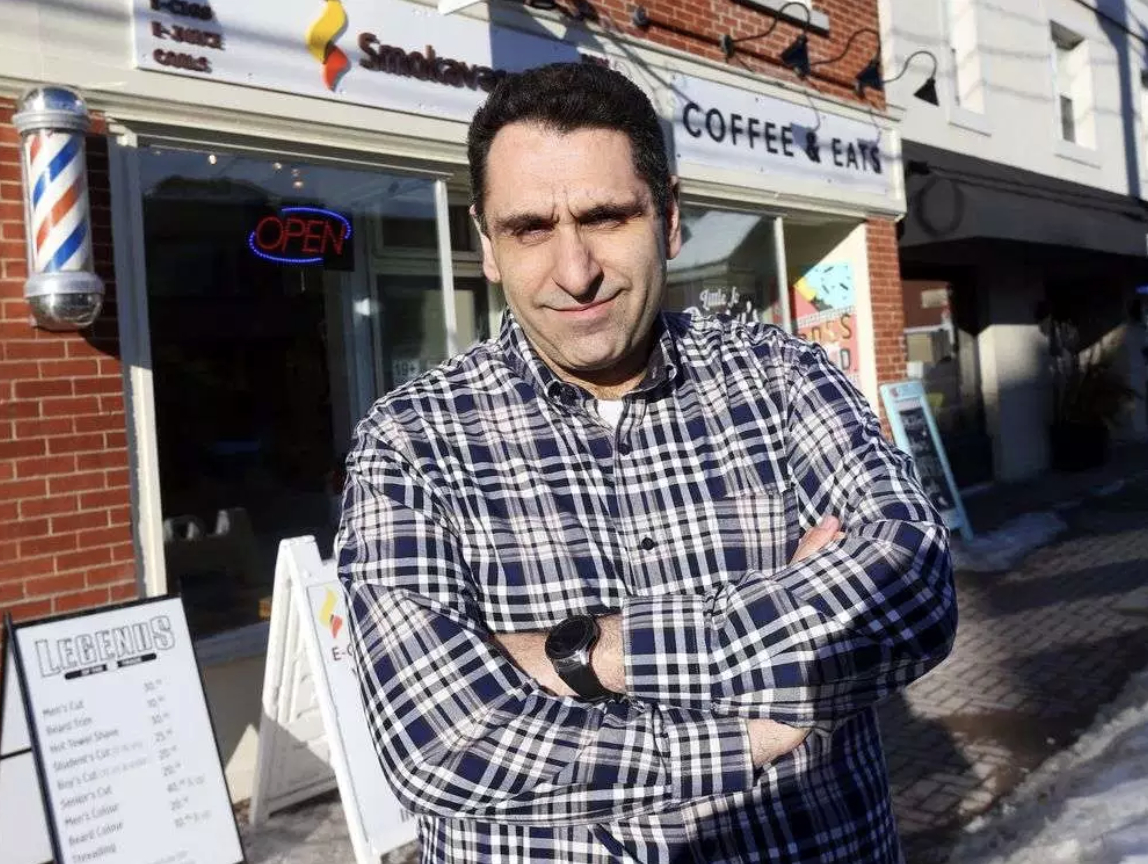 Joe Karam,owns Smokovana, predicts his business will boom if the cannabis shop opens across the street. Jean Levac / Postmedia News

The lottery winner who applied for the licence is Pure Alpha Holdings. However, another corporation called Superette is working with the winner to set up the store.

Mimi Lam, the chief executive officer of Superette, issued a statement Friday to say the company’s priority was “to be part of the communities in which we operate, and not just another retailer. It is important to us that the community residents, leadership, and fellow retailers and entrepreneurs understand what we can bring to the area and that we address any comments, questions, or concerns they may have.”

Superette was incorporated Sept. 14, 2018, and the registered business address is on King Street West in Toronto.

Superette is a “team of dedicated small business people based in Ontario” who have worked “for other retailers and licensed entities in Canada’s fledgling cannabis sector,” company president Drummond Munro said in an email. Team members have “experience with some of Canada’s most experiential brands like Lululemon, Saje, Herschel and Kit and Ace.”

Munro declined to provide further information about the team or to elaborate on the arrangement between Superette and the lottery winner.

“While we will have more to say in the coming weeks, including our store design, we will be active in sharing more once we have all the necessary approvals. We don’t want to say or do anything that may jeopardize that process.”

Lottery winners cannot hand over majority ownership or control of their shops during the duration of the lottery, which ends Dec. 13.

Growing your own marijuana? Where are the seeds on the Ontario Cannabis Store?