The federal agency barred Bonify Medical Cannabis from selling cannabis on Monday due to safety and public health concerns. 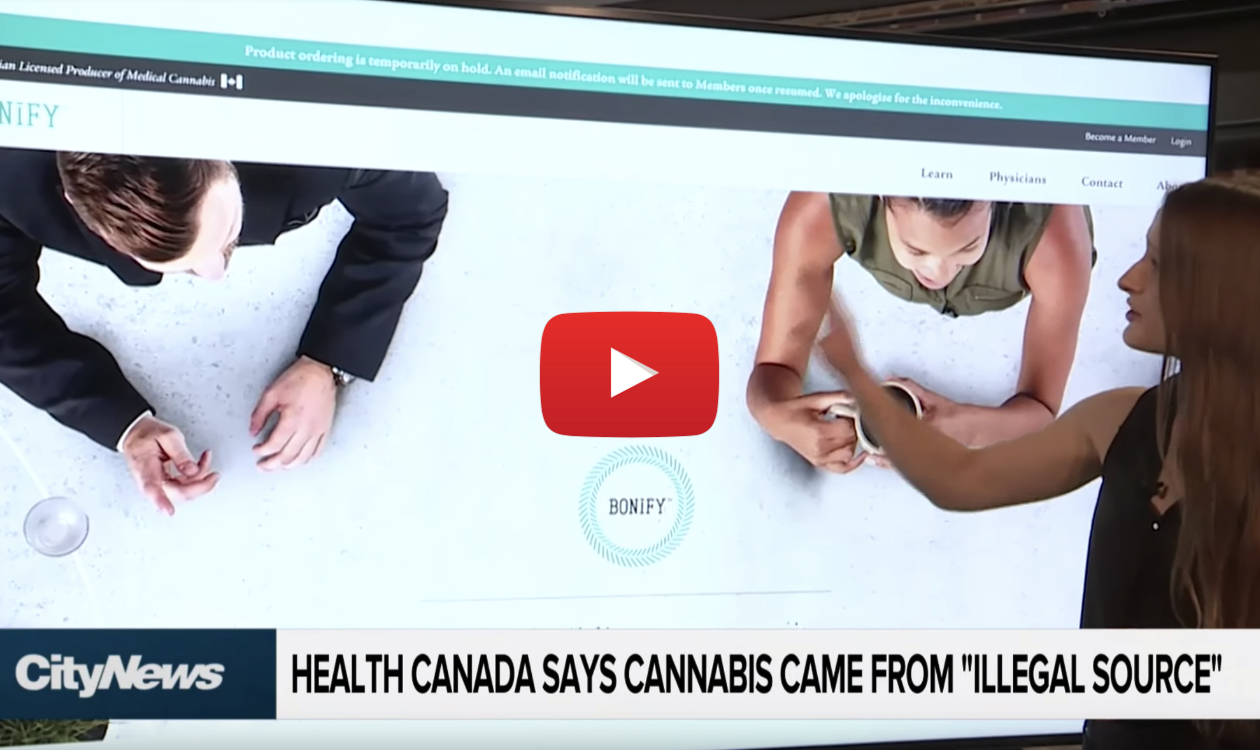 The case has been forwarded on to the RCMP and Canada Revenue Agency, said Morrissette.

The announcement comes after Health Canada issued a recall on two Bonify strains in December over contamination concerns on products sold in Saskatchewan.

The Liquor, Gaming and Cannabis Authority of Manitoba, which regulates the cannabis retail sector, and the Manitoba Liquor and Lotteries Corporation, the wholesaler of cannabis in the province, followed suit and suspended the sale of Bonify products.

Watch – What does the cannabis excise stamp mean for distributors of cannabis products?

The investigator alleged senior managers of threatened staff members to look the other way when 200 kilograms of unlicensed cannabis arrived at the Winnipeg facility. Three Bonify executives were subsequently dismissed.

The company has 10 days to respond to the suspension and give Health Canada a reason to reconsider.

“Health Canada will continue to undertake unannounced inspections of cannabis licence holders to help ensure that they are in compliance with the law and regulations,” Morrissette said in a statement.

“Health Canada is disclosing this licensing decision as part of its ongoing commitment to openness and transparency. The department publishes information on its inspection and enforcement activities so that Canadians can see how industry follows the rules put in place to protect their health and safety.”

CBC News tried to contact Bonify Tuesday night for a response but did not hear back.

Related Posts
After the Bonify fiasco, are other Canadian pot producers breaking the rules too?

StatsCan: Number of Canadians who smoke weed remained the same since legalization

There goes the neighbourhood! Toronto’s first retail pot shop will open in Yorkville