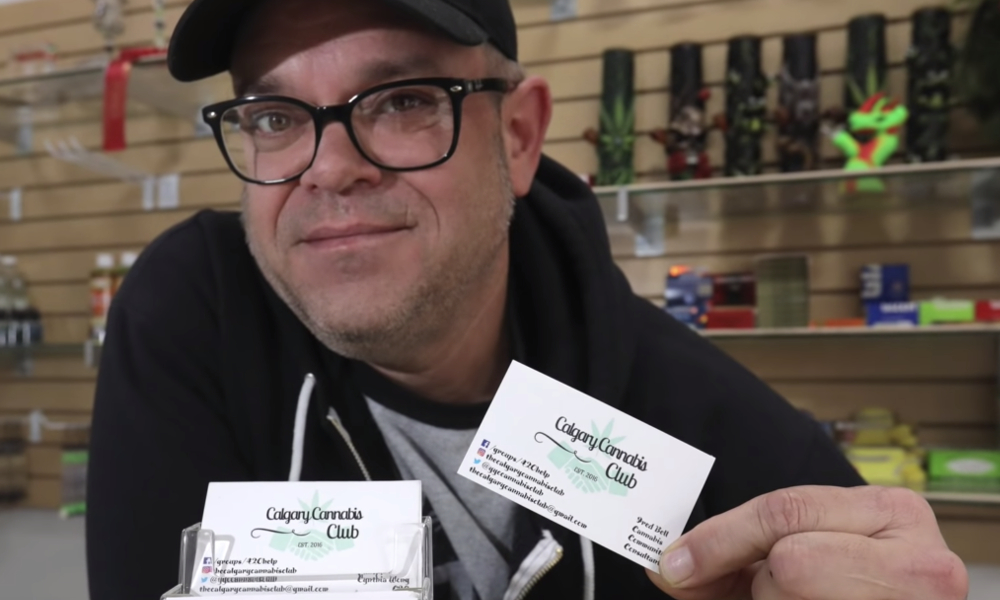 A cannabis club is surprised that Alberta Health Services has declined to accept a $6,000 donation saluting the cancer treatment of one of its late members.

The Calgary Cannabis Club said it directed the donation to the Tom Baker Cancer Centre in honour of the exemplary treatment it provided Rick Beaver, who died of esophageal cancer at age 65 last November.

“He was quite impressed with the empathy and compassion he received so we thought it was a no-brainer to us that the money raised go there,” said club board member Patrick Parsons. Rick was raving about how good the staff was.”

The money was raised from live and silent auctions at a Dec. 9 fundraiser, one of a number of charitable efforts undertaken by the club, he said.

But when approached with the donation, AHS officials turned down the money, likely reflecting a continued negative mindset facing the drug now legalized for both medicinal and recreational use, said Parsons.

“The stigma is still there — when you’re talking about dollars and cents, there’s probably the thought that the money’s from the illegal sale of cannabis but that’s not the case here at all,” he said.

“The money was raised in a very thoughtful, legitimate manner.”

He said Beaver, who was fighting his second bout of cancer when he died, consumed medical cannabis at the Tom Baker, lending the gift added relevance.

“He was one of the first people to use cannabis at the cancer centre and have it documented,” said Parsons. “They had it on his chart.”

The mainstream medical community in Canada has been reluctant to recognize the medicinal benefits of marijuana, he said.

“Until they accept the research about the good it does, there’s a roadblock,” said Parsons.

In a statement, the AHS said it won’t accept cannabis philanthropy until consultations with fundraising foundations and Health Canada on the subject are completed late this year.

“Until the engagement is complete and a longer-term perspective on cannabis philanthropy has been determined, AHS will defer accepting any donations from the cannabis sector,” it stated.

“AHS will update its foundation partners about progress of the engagement throughout 2019, and will also provide materials to support board discussions and decision-making related to cannabis.”

But the AHS said it doesn’t “direct what kind of gifts foundations may or may not accept.”

Parsons said the money raised could be donated instead to helping medicinal cannabis users grow their own medicine, or the Calgary Humane Society.

He said the club, which has 100 to 200 paid members and has a mainly medical focus, has raised funds for the society and for charities like homeless shelters.

Related Topics:Medical Marijuana
Up Next