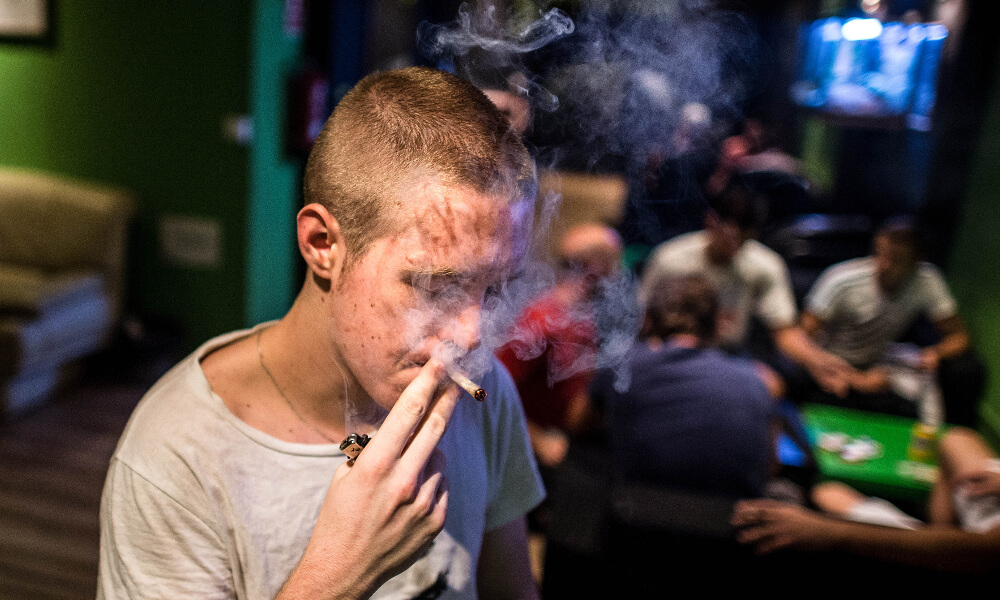 Residents of condos and apartments face a new reality Oct. 17. How will multi-family property managers respond to legal cannabis use?

Watch – Legal pot could be forbidden in apartments, condos

Len Boser, long an advocate for the rights of people with disabilities in Saskatoon, is an oral medicinal marijuana user and a City Park condominium owner, whose board hasn’t yet set out a policy on cannabis use, but could.

The decision to allow or not allow cannabis cultivation and use in condos is up to each building’s board, and landlords of rental units have the ability to amend rental agreements to ban cannabis use and cultivation on their properties. Many have already made decisions affecting residents’ rights to grow or use cannabis, but Boser is not fazed.

“I own my property, so the landlord can’t say what I can do in my suite; however, the condominium board may issue a bylaw for the occupants of the building, saying that you cannot grow medical marijuana,” Boser said.

Len Boser, an advocate for people with disabilities, fears he won’t be able to use medicinal cannabis in his condo unit in Saskatoon after marijuana becomes legal on Oct. 17. LIAM RICHARDS / SASKATOON STARPHOENIX

“However, I would think a condominium’s association would be hard-pressed to tell me what I can and cannot do for drug consumption.”

About two years ago, his doctor prescribed medicinal marijuana as part of his pain regimen, which includes pharmaceuticals. Boser had a brain-stem stroke nearly 20 years ago and has since developed chronic pain in his feet. He doesn’t smoke the medicinal cannabis, but takes a non-psychoactive form that acts as a pain diversion and helps with his sleep, anxiety and depression.

Boser thinks marijuana consumers have to show respect to others who own property that could be affected by growing marijuana. He said landlords are within their rights to suggest either cigarette or marijuana use could affect the condition or value of their property if it’s allowed inside.

“I don’t grow it personally, so I’m not concerned. The board cannot and will not tell me what kind of medicine my doctor prescribes me to take. So, I would stand at issue with anyone trying to tell me,” he said.

“The (condo) board cannot and will not tell me what kind of medicine my doctor prescribes me to take,” says Len Boser. LIAM RICHARDS / SASKATOON STARPHOENIX

Boser sees apartment tenants being “more compromised” than condo dwellers because they don’t own the buildings where they live.

As landlords across Western Canada amend their tenancy rules to either create a blanket ban on all smoking or prohibitions targeting cannabis use and cultivation in their properties, there are concerns that exemptions aren’t being made for medicinal users.

Mike Francis, a partner in Best Buds, a Saskatoon medical cannabis dispensary, feels the rights of medicinal users could have been protected by landlords with exemptions, but says he understands how that could be a “bureaucratic nightmare.”

He has already seen members of the small medical marijuana community “scrambling” for new accommodations, looking for landlords who are more cannabis-friendly.

Boardwalk REIT, which has more than 4,000 residential rental units in Saskatchewan, announced it won’t allow residents to cultivate or smoke marijuana on its properties.

In an emailed statement, community development director David McIlveen said Boardwalk properties noted concerns about “safety risks associated with excessive moisture” from growing and the potential for “the disturbance of the reasonable enjoyment of neighbour’s homes in a multi family setting,” as the reason for the ban.

In a telephone interview, McIlveen said edibles are not covered by the policy and where medicinal marijuana use is concerned, Boardwalk will “review it on a case-by-case basis.”

“If someone requires smoking for medicine and there’s no other alternative, then they’ll be allowed to do that,” he said.

McIlveen said a resident would normally come and tell them they require medicinal marijuana.

“So we would just have to get proof that that’s the case, that they require to smoke medicinal marijuana. So once they’ve provided that, that would be it.”

When asked if there were other cases where Boardwalk has asked for proof of prescription, he said in the past they’ve asked for medical marijuana licences.

By and large, he said, the response Boardwalk has received following its announcement about the cannabis policy was from residents who were happy with the rules. He said they were concerned there would be “a lot of pot being smoked” in their buildings.

However, to McIlveen’s knowledge, no marijuana users have raised concerns about the policy.

Avenue Living says it will ban residents from smoking or growing marijuana on its properties after cannabis is legalized. In an emailed statement, the company cited a strict no-smoking policy already in place, concerns about health hazards, safety issues and “other undesirable effects on the peaceful enjoyment of other tenants in the property.”

Cultivation and production of derivatives will also be banned, owing to the “deleterious effects and resulting safety issues that such production would cause to its properties and the undesirable impact on its tenants,” the statement added.

Avenue will consider violations of the prohibitions to be a “substantial” breach of the tenants’ agreement with the landlord.

A regional manager with Mainstreet Equity Corp., which owns properties in Saskatoon, said the company will not allow cannabis cultivation or smoking at any of its properties after it is legalized. He directed The StarPhoenix to the vice president of operations, who did not respond to requests for comment.

For the most part, smaller landlords are following the lead of larger western Canadian property management companies.

Chanda Lockhart, executive officer of the Saskatchewan Landlords Association, which represents more than 700 landlords, said the majority are leaning toward no-smoking policies.

The province has amended the Residential Tenancies Act to allow landlords to establish rules prohibiting possessing, using selling and distributing cannabis or growing and possessing plants in rental units.

“Most landlords are taking flight on that and going that route to protect everybody, whether they’re smokers or non-smokers, people that are allergic to cannabis, or are offended by the odour or have kids and they don’t want them around it or there’s elderly people with breathing problems, everybody has to be taken into consideration. So, the best plan of action is just to say no,” Lockhart said.

Some smaller landlords are setting up smoking areas that would include cannabis, while others are not. Some are allowing cigarette smoking in their buildings, but are saying no to cannabis, Lockhart said.

Nicholas Blenkinsop, a Saskatoon lawyer working in the area of residential tenancies with Community Legal Assistance Services for Saskatoon Inner City Inc. (CLASSIC), thinks there are real problems with blanket bans. He’s concerned about whether the balance between the rights of the tenants and landlords is found appropriately through such policies.

There are questions about the reasonableness of complete bans when other factors are taken into consideration, such as the nature of the use (recreational vs. medicinal), housing structure (multi-family buildings vs. single-family or detached units) or kind of product used, he said.

Blanket bans can be challenged if they extend to restricting medicinal marijuana use, Blenkinsop said. From his perspective, the law set out in the human rights code is clear that use of marijuana would be a prescription in this case, and landlords would be obligated to to avoid “undue hardship,” he said.

“It doesn’t strike me that an outright ban is likely one that isn’t going to fall afoul of human rights legislation. Clearly that’s something that would need to be determined by a court or a tribunal, but I think that there’s an issue that arises there.”

Oh really? Campers will be able to smoke pot at campsites in Canada’s national parks

Flying High Canada! How will Canadians buy pot? It depends where you live. Breakdown by province..