A look inside Leamington, Ont.’s Aphira cannabis, which is expanding its Canadian operation to meet demand. Marijuana legalization is imminent but several Canadian towns and cities aren’t keen on selling in their communities. (Evan Mitsui/CBC)

Pot legalization is months off but the mayor of Taber, Alta., is already thinking about all the complaints he’s going to get.

Taber is the small town that banned spitting, yelling and swearing in public in 2015 and recently made headlines for voting down a LGBTQ group’s bid to fly a Pride flag on a community flag pole.

Mayor Andrew Prokop said they are against marijuana legalization, too, warning of its “dangers” for young people and the potential strain on municipal resources.

“It’s not believed that it is going to be a good thing all around to have recreational marijuana being sold here,” he said. “There’s nothing really good about it unless you’re medically required [to use it].”

While some Canadian communities are embracing legalization and its economic potential, others like Taber are dreading it.

According to Health Canada, municipalities will have to work with their province or territory and won’t be able to just flat-out ban marijuana sales.

That hasn’t prevented Taber from trying to stop legalization. The town showed up at the annual meeting of the Alberta Urban Municipalities Association last November with a motion to get the group to lobby the federal government to repeal Bill C-45, the Cannabis Act. That failed.

The mayor is defensive of their approach.

“We’re not afraid to speak out. I believe we’re leaders, not followers and I believe there needs to be more leaders out there. It affects us all as a country.”

Prokop plans do everything he can at a municipal level, trying to block pot sales through licensing and the bylaw process, which could restrict where it could be sold in town. He’s not sure why more communities aren’t raising “red flags.”

“Anybody with kids should be very concerned about it,” he said of legalization. “There’s a lot of complicity out there and not enough awareness.”

​The cannabis bill is only at second reading in the Senate, which means implementation could be delayed beyond July 1. Some Conservative senators are skeptical about the legislation, with worries about young people, smoking rates and what will happen to the black market.

Opposition even lurks in British Columbia, long thought to be the country’s most pot-progressive province.

The city of Richmond, B.C., has come out as “strongly opposed” to legalization. Council there voted to send letters to the provincial and federal governments expressing their opposition.

Richmond, home to 220,000, is B.C.’s largest city without a marijuana dispensary in operation. When one opened, the city moved swiftly to shut it down.

Richmond Mayor Malcolm Brodie said they want to send a clear message that marijuana is still illegal and with that, so are dispensaries. (Associated Press)

Richmond Mayor Malcolm Brodie said the dispensary was operating illegally and his city wouldn’t tolerate that. He said nearby White Rock has a similar mindset.

“One leads to two leads to many more,” said Brodie. “If you do not have a license to operate in our city, you are not to operate.”

It’s a far different stance than in Vancouver, where dispensaries are abundant and largely go unchecked.

“I feel that the approach of throwing it wide open is fraught with difficulties,” said Brodie.

That said, he realizes legalization is imminent.

The city is waiting for more direction from the province but like Taber, Brodie is planning on using all the tools he can municipally to tightly manage marijuana. That includes zoning control, which helps govern where retail pot shops can set up.

In Ontario, the province is choosing marijuana retail locations. Richmond Hill, north of Toronto has made it clear they don’t want one.

“We have no idea how it’s going to work,” said Mayor Dave Barrow.

“We know nothing. They know nothing,” he said of the province. “[So] thanks very much but we’re not a willing host.”

Richmond Hill Mayor Dave Barrow, not pictured, is worried about people complaining about the smell of marijuana. He said he can occasionally smell people smoking from his back deck, depending on ‘the way the wind is blowing.’ (David Donnelly/CBC)

Barrow said his city isn’t ready to swallow any costs related to legalization without additional revenue sources coming in. The province promised they would talk to the city but that hasn’t happened yet.

“We need to clarify what we would be responsible for,” Barrow said. He worries about policing costs and how an increase in smokers could lead to more complaints.

“Now we’re going to have to be responding … to somebody sitting out on their back deck smoking their purchase,” he said.

Not that it doesn’t happen already. “Every once in a while, the way the wind is blowing on my deck, someone out there is [smoking]. I just can’t pin them down.”

Communities have a lot more power in Colorado, where marijuana was legalized in 2014 and municipalities get to pick whether they want to sell it or not. Mesa County was one of the holdouts. It is still illegal to sell it in most places there, including Grand Junction, Mesa’s main centre.

Ana Buick has lived in Grand Junction for more than 40 years. She said the city has always been conservative, hence its nickname “the wide valley of narrow minds.”

But she thinks the area’s approach to marijuana has been changing — slowly. Some cities in Mesa have changed their minds and voted to start selling. 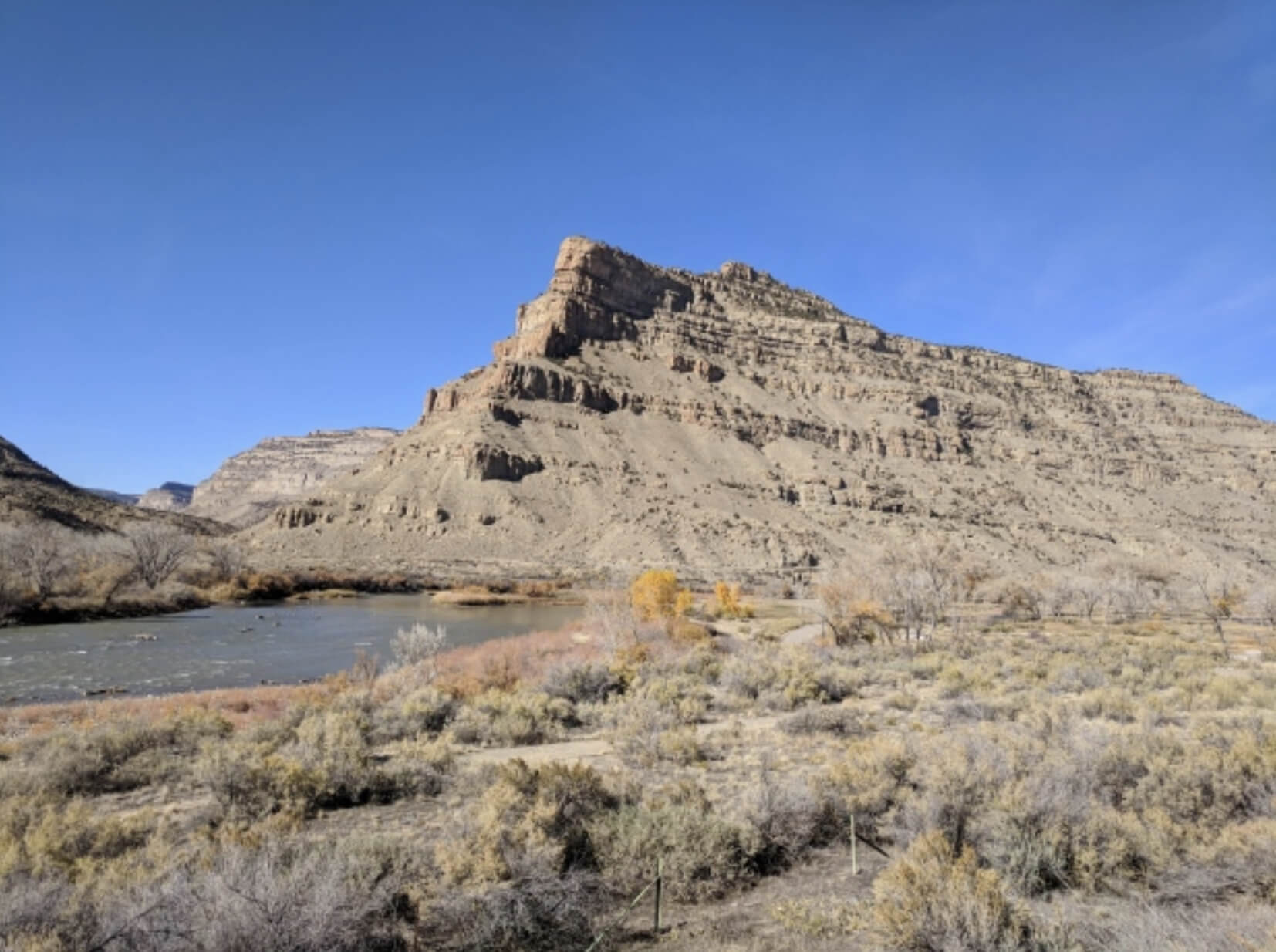 The view from Colorado’s Mesa County, where it is still illegal to sell marijuana in most places, including Grand Junction. Though marijuana is legal in Colorado, municipalities get to pick whether they want to allow pot sales. The area has a nickname: ‘the wide valley of narrow minds.’ (Geoff Turner/CBC)

“There are many people in this area that have gone from no marijuana at all to accepting it for medical purposes,” she said. “I think the revenue has been huge and I really wish this community would get on board with that. It’s just hurting us with this stubborn attitude … it’s silliness.”

“I think eventually most municipalities will see that [this is] a better approach than leaving this in the hands of street gangs and motorcycle gangs or even just you know the local drug dealer who is only in it for profit and is not in any way motivated by the public good.”