Since 2017 began, no traditional and non-traditional asset classes have been more impressive than marijuana and cryptocurrencies, respectively.

Marijuana stocks have benefited from a rapid increase in legal sales, as well as a major shift in the way the public views cannabis. In North America, ArcView, a leading cannabis research firm, estimates that sales can grow by a compound annual rate of 26% a year through 2021. Even with Attorney General Jeff Sessions making life difficult for businesses in the U.S., the simple fact that Canada remains on track to legalize adult-use pot by July could provide more than ample demand and sales for the industry.

However, it’s worth pointing out that within the U.S., favorability continues to push higher. Gallup, which has been conducting favorability polls for nearly five decades, found in October that nearly two out of three respondents now stand behind the idea of legalizing weed nationally. It’s not hard to see why pot stocks have soared.

Of course, nothing has rocketed higher as an asset class more than cryptocurrencies. Even though they’ve lost about half of their value in terms of market cap since hitting an all-time high in January, their aggregate market cap is still more than 2,200% higher from when 2017 began. That’s a return that would have taken traditional equities (e.g., stocks) decades to deliver.

Though there are numerous catalysts behind the rally in cryptocurrencies, much of their success can be pinned to the rise of blockchain technology. Blockchain is the digital, distributed, and decentralized ledger that underlies virtual currencies and is responsible for recording all transactions without the need for a third-party, such as a bank.

In particular, blockchain is expected to resolve a number of perceived issues with today’s payment networks, including long wait times for processing and settlement, and high transaction fees caused by banks acting as middlemen during transactions. Blockchain-processed transactions don’t involve a middleman, which may push fees lower, and they’re proofed 24 hours a day, seven days a week. Therefore, blockchain may offer the ability to process transactions in real-time, or within a matter of seconds. 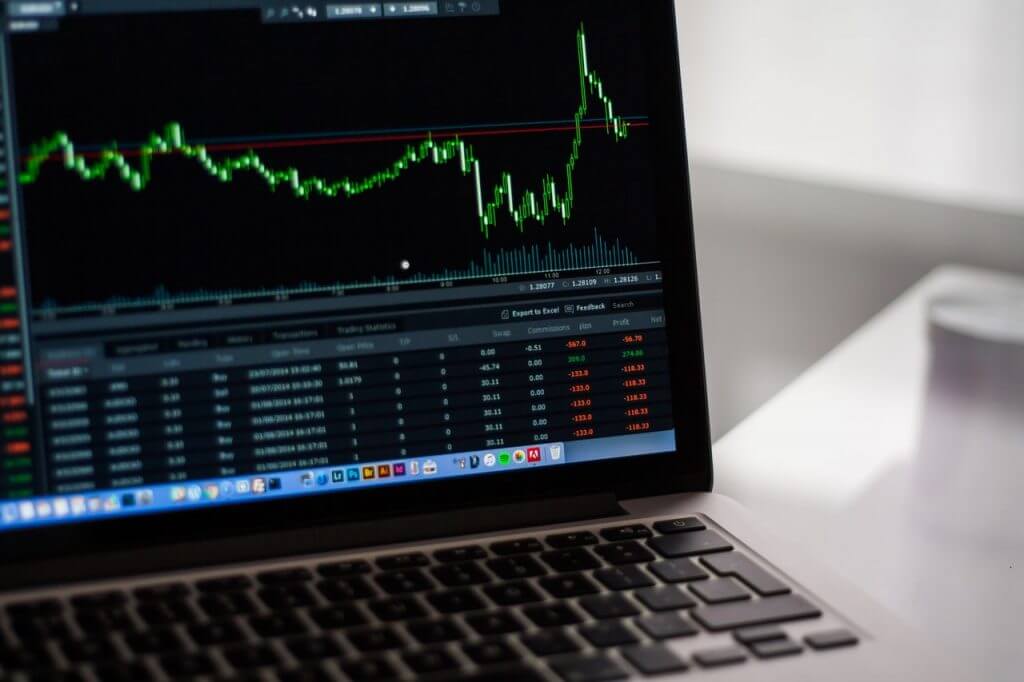 This small-cap Canadian marijuana grower is about to make history

Though there would be clear benefits to the financial services industry, blockchain has purposes well beyond finance. In fact, blockchain and cannabis could be a match made in heaven, at least according to small-cap marijuana stock Emerald Health Therapeutics.

The name might not ring a bell with many investors, but it’s angling to become one of the largest cannabis producers in Canada. In September, it announced a 50-50 partnership with Village Farms International designed to retrofit an existing 25-acre, 1.1 million-square-foot facility that Village Farms had been using to grow tomatoes, to dried cannabis. With the facility already built, Emerald Health and Village Farms have a means to bring cannabis to market quickly, at a low cost. This partnership, known as Pure Sunfarms, has also optioned an additional 3.7 million square feet of growing space in British Columbia.

Emerald Health is also building up to a 1 million-square-foot growing facility, that’ll include its headquarters, from the ground up in B.C.

However, it’s not the 5.8 million square feet in combined growing capacity at its peak that could turn heads here. It’s the Feb. 1 announcement that Emerald Health and DMG Blockchain Solutions are in the process of finalizing a joint venture, which will be called CannaChain Technologies, to provide blockchain-based supply chain and e-commerce marketplace for the marijuana industry.

Cannabis and blockchain: Together at last?

Second, blockchain allows businesses to manage their supply chains by being able to better pinpoint where inefficiencies are occurring, relative to paper-based trails. By eliminating paper and creating a real-time trail that businesses can follow, blockchain should allow cannabis companies to improve their operations by reducing costs.

Blockchain could also be instrumental with regard to the oversight of quality control. By creating that aforementioned immutable and transparent ledger, consumers and retailers will know they’re getting the quality of cannabis they expect. As noted in the press release from Emerald Health Therapeutics:

The new solution will provide extensive plant, growing, third-party testing, and handling data, as well as offer enhanced trust of origin, quality, and safety based on the blockchain’s ability to maintain immutable records as cannabis products flow from seed to sale through the supply chain. Relevant stakeholders for this technology alone include producers, distributors, shippers, government agencies, and consumers. A few things to keep in mind

However, before you get too excited about the potential of combining what could be the two hottest investments on the planet (marijuana and blockchain), understand that blockchain may not pay immediate dividends for Emerald Health or the cannabis industry.

You see, blockchain has been around for nearly a decade, rising into the spotlight with the arrival of bitcoin. But it’s taken until the past couple of months and years for enterprises to begin testing blockchain applications in demos and small-scale projects. Even assuming that these tests hit their desired results, it’s unlikely that corporations are going to welcome blockchain with open arms and toss previous infrastructure aside all at once.

One of the bigger issues with blockchain is that it’s unproven on a larger scale. It isn’t necessarily compatible with existing infrastructure for some businesses and industries, and others that could benefit aren’t exactly jumping at the opportunity given that no larger scale projects have (as of yet) demonstrated the ability to scale without compromising transaction speeds, cost, or security.

Investors should also keep in mind that marijuana is an unproven industry, too. Though Canada appears to be on track with its legalization efforts, we recently learned that the official sale of legal pot could be delayed by up to three months as growers, distributors, and retailers get on the same page.

Long story short, while the idea is very intriguing given the need for accountability and transparency in the cannabis industry, it’s still a long way away from being a profitable venture for Emerald Health or investors.