Connect with us
Original Article – Register-Guard

The retail and wholesale prices of pot in Oregon are falling with the proliferation of producers and recreational marijuana shops, according to an analysis by a state economist.

“The biggest thing is just competition,” said Josh Lehner, an economist with the Oregon Office of Economic Analysis in Salem. “As we get more stores, as we get more growers, (as we get) more processors, it becomes a price competition. Prices start to fall, particularly when supply is outpacing demand or supply is ramping up faster than demand is growing.” 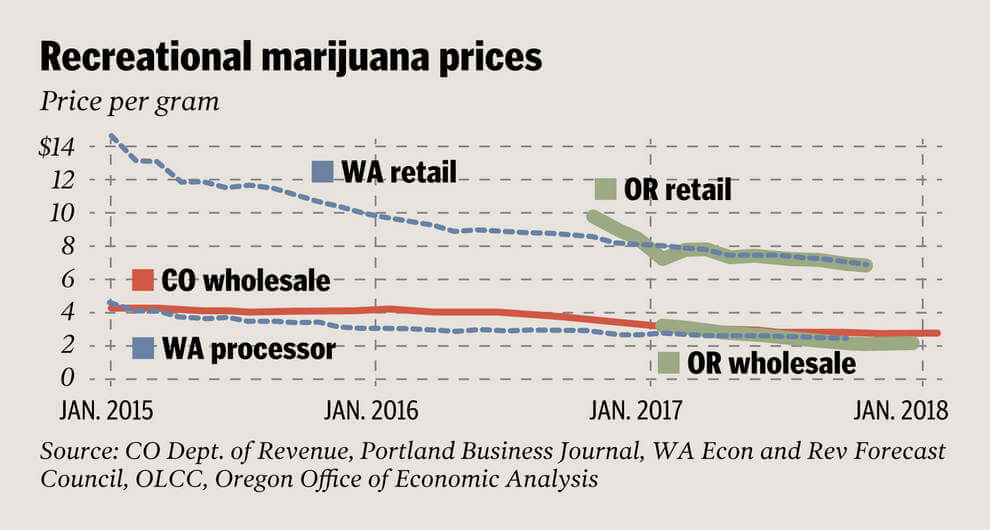 Marijuana prices at Oregon pot shops are falling by about 10 to 20 percent per year, Lehner said. And he expects the price to continue to drop.

The price of pot in Oregon is plummeting, and marijuana stores are competing to offer the best deals, said Greg Adrianse, the owner of New Millennium, a pot shop at 2893 Oak St.

“Everybody wants to get those customers in, and if the customers can get a better deal elsewhere, they are going to go there,” he said.

Marijuana prices listed online by pot shops in Eugene and Springfield vary greatly, with differences in potency, quality and availability all likely affecting the sale price.

Lehner found that the average retail price for recreational marijuana in Oregon late last year was just under $7 per gram, down from nearly $10 just months prior. 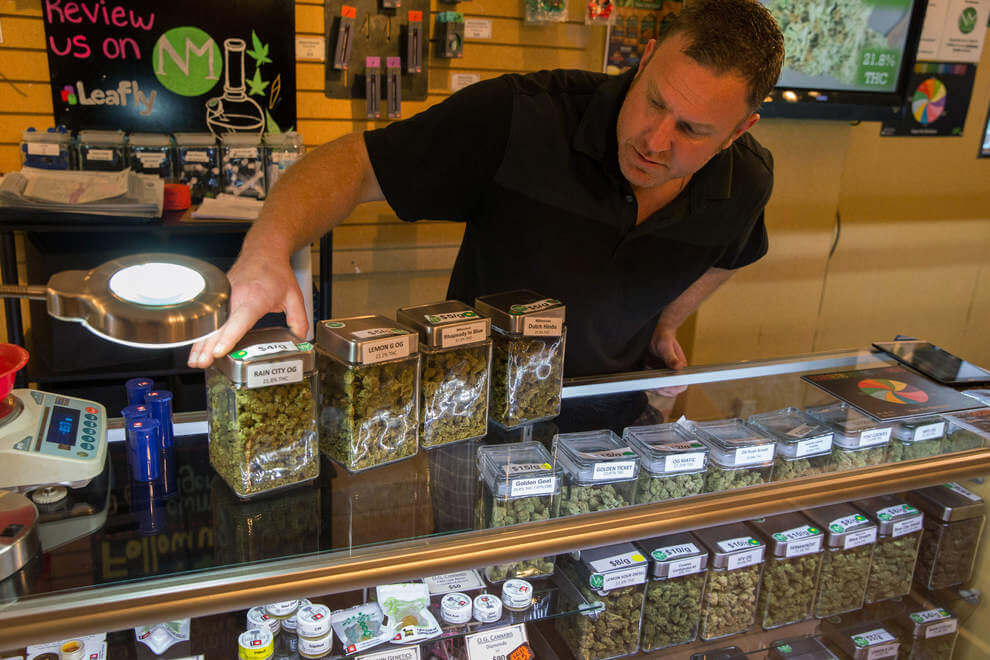 “We’re seeing increased competition for the consumer dollar,” he said. “We’re seeing more stores, more retail outlets, so the availability of marijuana for recreational users continues to increase, and prices are coming down.”

Adrianse, who has experience in Colorado and Washington’s marijuana markets, said the root of Oregon’s ever-dropping pot price is the explosion in growers.

“There is too much (marijuana) flower and not enough consumer,” said Adrianse, who grows pot on a farm outside the city along with running the shop in south Eugene.

Recreational marijuana sales began in 2015 in Oregon, and the number of pot shops around the state keeps growing as well. The OLCC has 208 recreational retailer licenses pending statewide and 520 active, including 22 pending and 73 active in Lane County.

“More today, more tomorrow,” Adrianse said. “That is just going to drive the price down.” 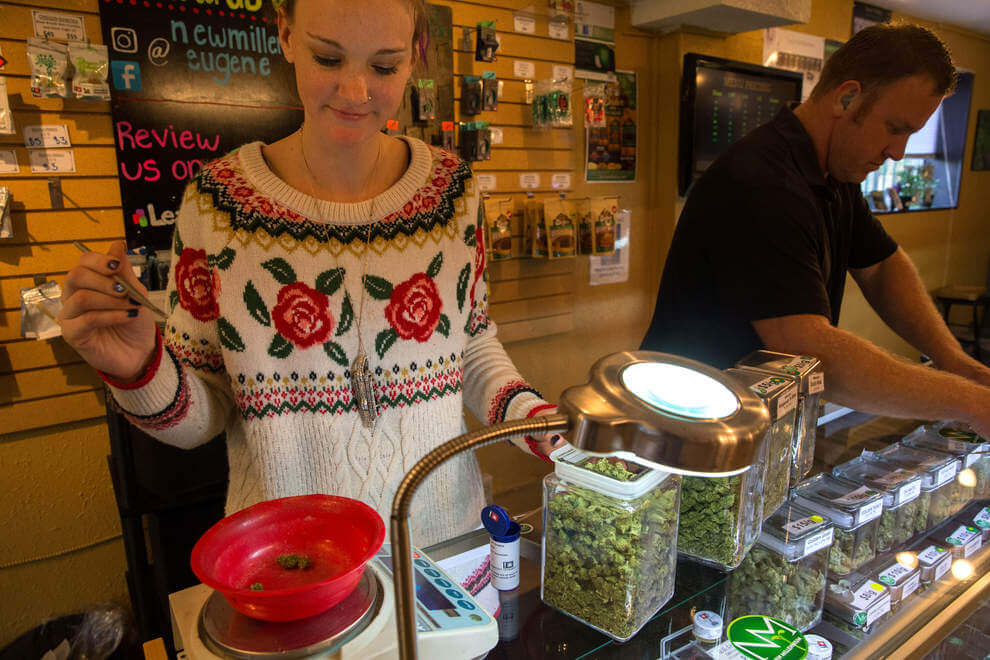 Customers at New Millennium browsed Wednesday afternoon through the pot shop’s menu — or list of available marijuana — and many picked strains by the house brand. Like many shops, some of the best prices at New Millennium are for the pot that is grown at the business’ farm and sold at its shop.

Having the farm and the store helps, Adrianse said, but the competition for marijuana consumers all around Oregon is fierce.

“It’s a race to the bottom pretty much,” he said, “to see who can sell their stuff the cheapest.”