As part of the City of Calgary’s plan to prepare for the legalization of marijuana, officials sought the input of Calgarians using online and in-person surveys.

More than 15,000 residents had their say on everything from business regulations to retail sales, home growing and consumption.

“The public online feedback form received the highest volume of citizen input of The City’s 2017 engagement projects,” Matt Zabloski, the city’s lead for the cannabis legalization project said in a Monday news release.

“We’re very pleased that so many Calgarians took part and shared with us their attitudes and opinions.”

So what do think the city should and should’t do to make the change as seamless as possible?

While many participants didn’t have preferred locations for retail locations, 59 per cent said cannabis retail stores should have the same hours as liquor stores, which operate between 10 a.m. and 2 a.m.

Alternatively, 26 per cent believe the stores should have shorter hours and 15 per cent said the dispensaries should be open for longer hours. 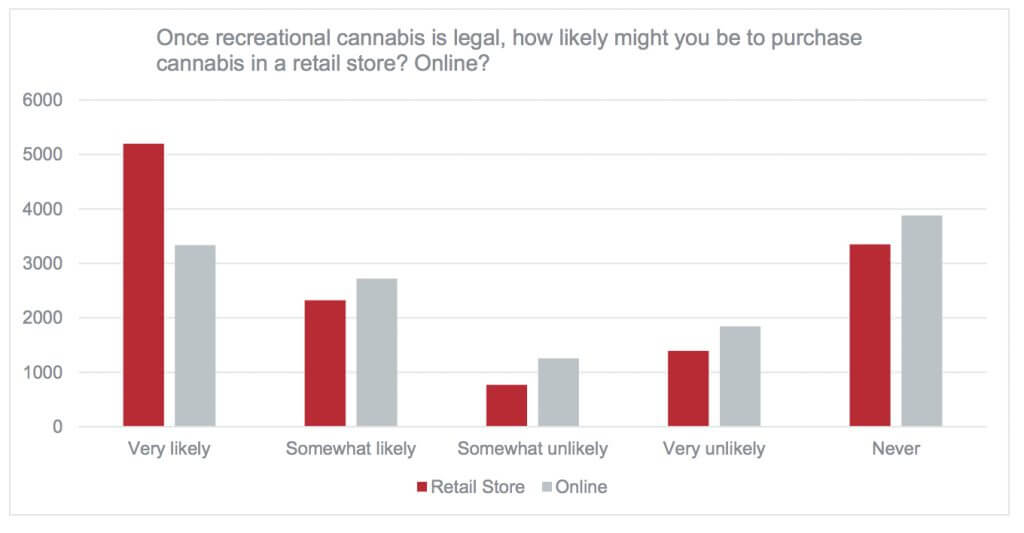 The majority of respondents also said the marijuana retail locations should have minimum distance restrictions between places like elementary and high schools and organizations like drug treatment centres.

“Locating stores next to police stations or in high traffic, well-lit areas were also suggested as ways to provide additional safety measures,” the results said. 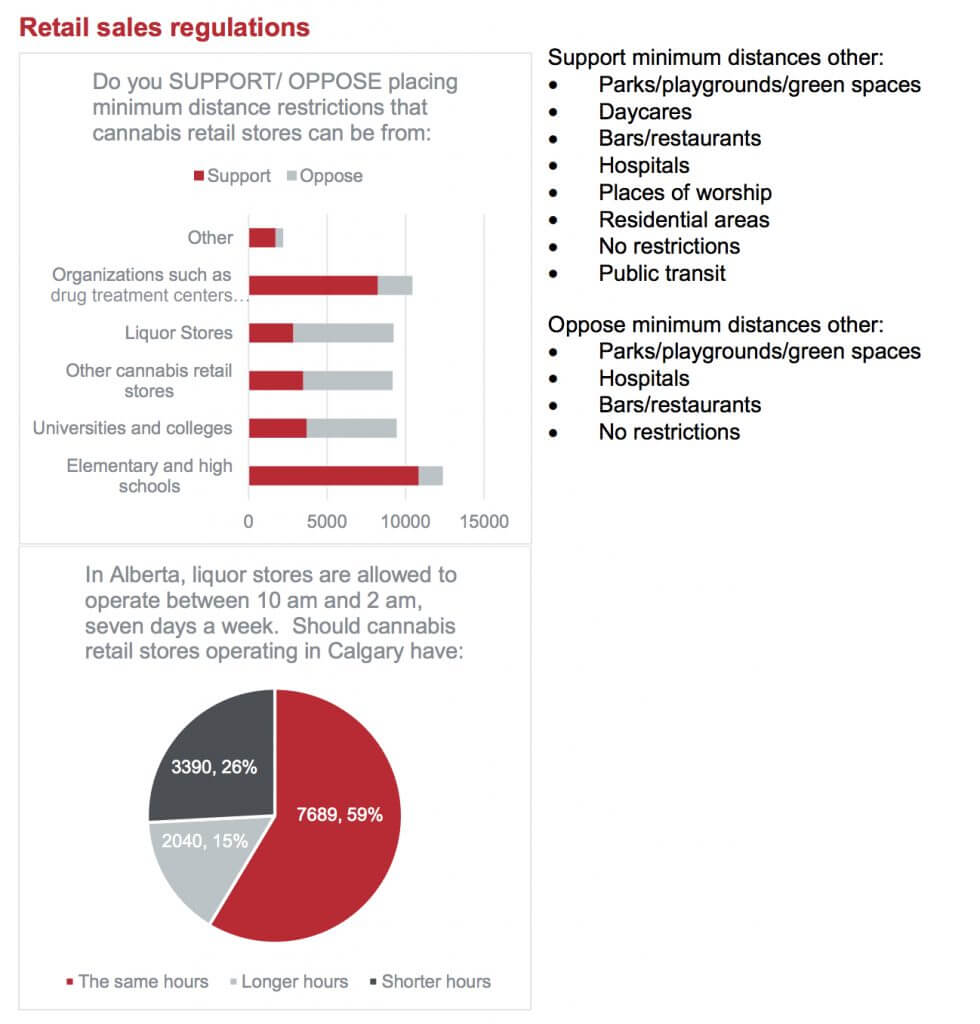 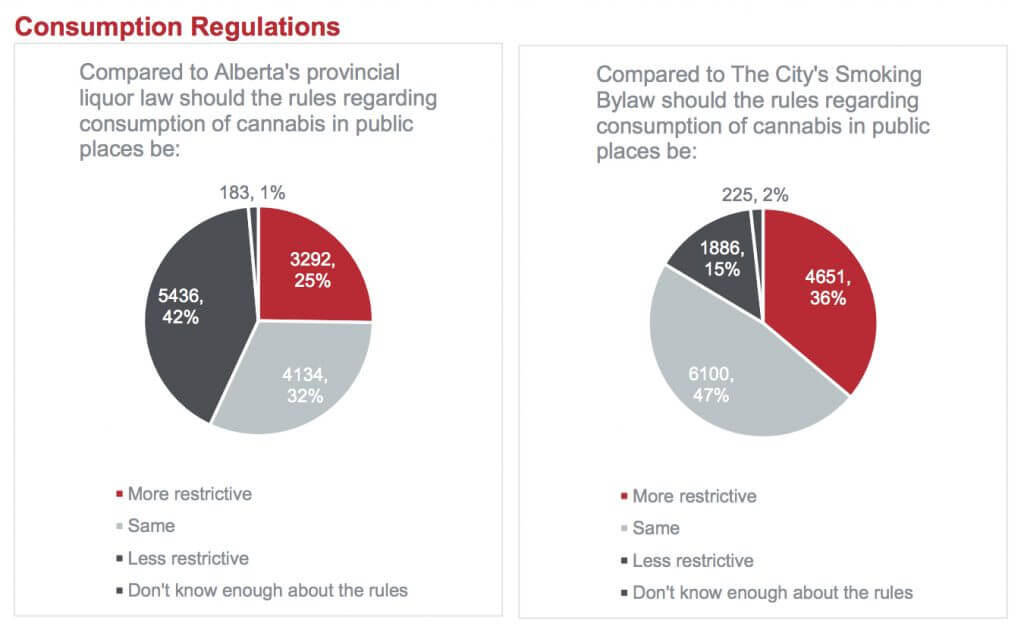 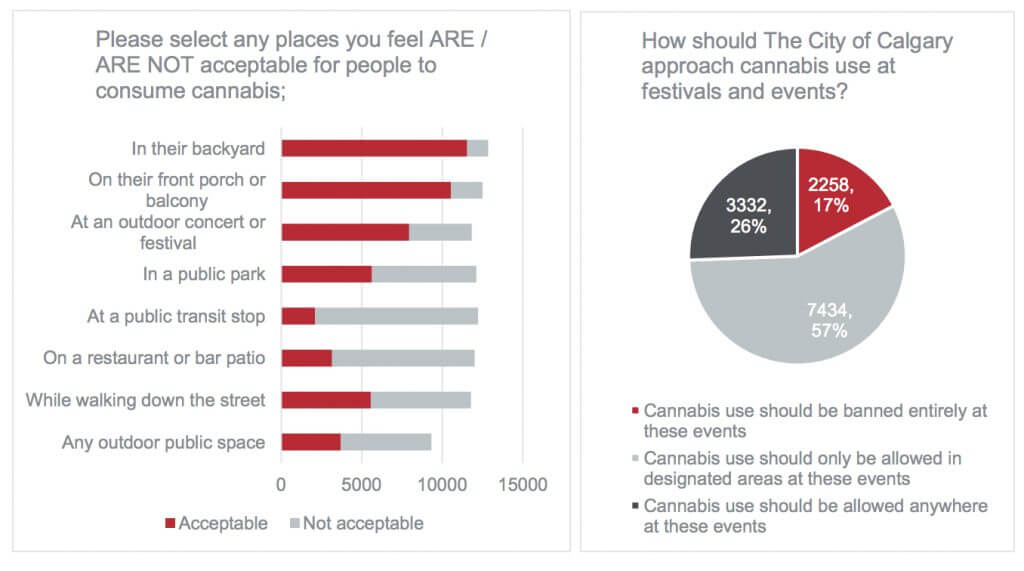 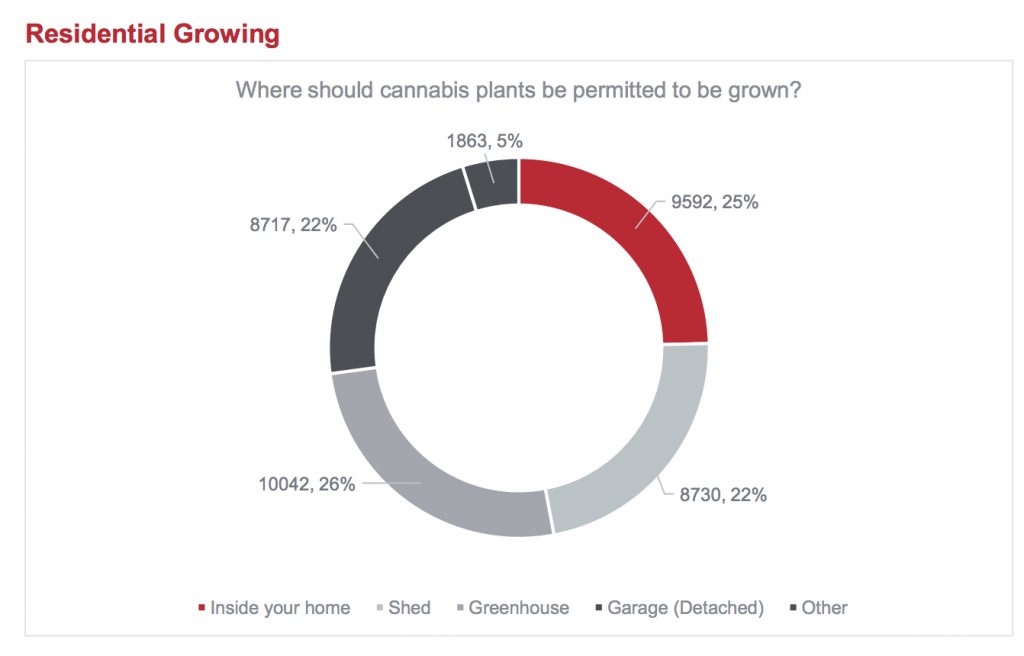 Five per cent said people should be able to grow anywhere, both in their homes and in their backyards or balcony.

As for rentals and condos, the city said there was “mixed feedback” on whether that should be allowed.

The city said some retail locations should be located close to liquor stores to allow for a “one-stop-shop” experience for convenience and accessibility.

Many of the people who answered the surveys in person also said the city should apply the same separation distances that they do with liquor store locations to cannabis retailers. They also said retailers should be located throughout the city to make them accessible for anyone to prevent illegal buying and selling.

As for next steps, city officials will now consider all the results gathered and put together a “What We Did” report, which will be shared sometime this winter.

It’s expected officials will present the bylaw amendments to council in April. If approved, those changes will be implemented and a permit process development plan will get underway ahead of legalization, which is expected in July.

‘They got what they asked for’: with marijuana legalization on the way, is 4/20 obsolete?