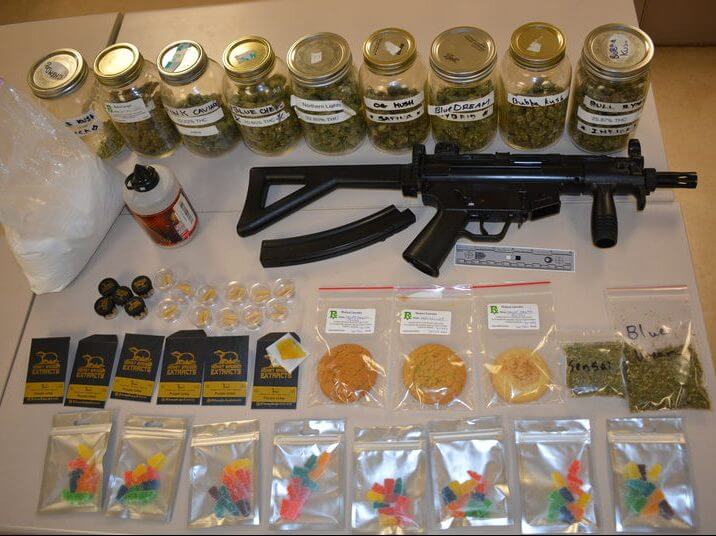 An assortment of marijuana products and an imitation firearm were seized in a raid at Starbuds Dispensary in Rexdale on Jan. 29, 2018.Toronto Police handout

Two men face an assortment of charges after illegal drugs and an imitation firearm were seized during a raid at a Rexdale pot shop.

Toronto Police say officers executed a search warrant at Starbuds Dispensary, near Albion Rd. and Hwy. 27, around 6 p.m. on Jan. 29.

Their arrests come just days after two Toronto cops made headlines for allegedly eating marijuana edibles while guarding a dispensary after a raid near Eglinton Ave. W. and Black Creek Dr.

Sources said the cops got high, began hallucinating, wandered off and one of them called an off-duty colleague for help, which sparked a response from four west end divisions last weekend.

One of the officers was later found up in a tree.

Const. Vittorio Dominelli, a 10 year veteran, and Const. Jamie Young, who has been on the force for two years, were suspended with pay while Professional Standards investigates.

The accused in the Starbuds Dispensary raid are scheduled to appear in court at Old City Hall on March 9.

BC unveils pot plans: marijuana to be sold in standalone government stores, separate from liquor

Marijuana should be decriminalized now